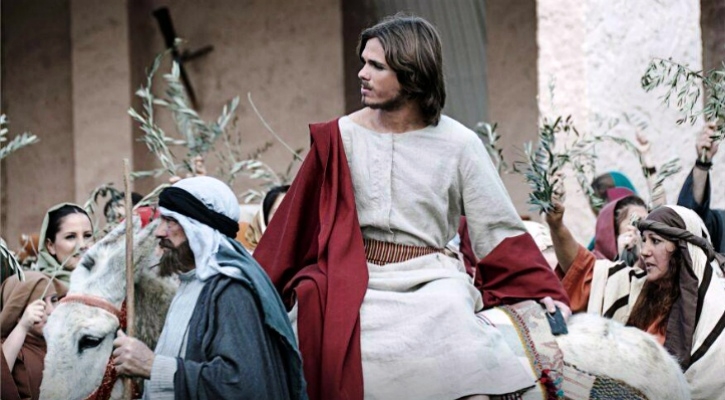 EL PASO, a re-enactment of Jesus’s crucifixion with a cast of 600 locals in the Axarquia village of Riogordo, is one of the most unique and well-known religious events in Spain.

The Semana Santa (Easter Week) tradition was established in 1951 and some consider it the best Passion of Christ re-enactment in Europe.

The Riogordo play is characterised by the quality of its interpretations, with actors and actresses who rehearse for months before the big day. Each detail is carefully attended to, including perfecting the sound, costumes and stage area. The organising board pride themselves on seamless planning and organisation, realised with the unselfish collaboration of hundreds of locals.

“I have been watching El Paso since I was a child,” said Cristian Garcia, the actor who currently plays Jesus, speaking to Andalucian TV channel Canal Sur. The role has been his lifelong ambition.

“I used to think, ‘When I grow up I want to play Jesus.’ It took me years to learn the script. But it is not just learning words, it is hours of rehearsal, you cannot become Jesus overnight.”

The play will reflect scenes from both the Old and New Testaments, including the repentance of Mary Magdalene, the Last Supper, the betrayal by Judas and the final Crucifixion scene.

This year, El Paso is expected to draw around 10,000 spectators at the El Calvario outdoor auditorium

Out of the more than 2,800 inhabitants of Riogordo, 600 are part of the El Paso cast, more than a fifth of the total population participating directly in the event.

The event was awarded the title ‘Festival of Tourism Interest of Spain and Andalucia’ and takes place in two acts on April 3 and 4, Good Friday and Easter Saturday, at 4.30pm.

Tickets to attend the event are €8 for adults and €5 for children, retired citizens and pensioners. They can be obtained in advanced at Riogordo Town Hall (952 732 154), at Rural Andalus (Calle Montes de Oca in Malaga), in the Pasatiempo book shop in Torre del Mar (Calle Infantes), or at the box office in El Calvario the same day of the play from 1.30pm.

Riogordo is a must-see event for Semana Santa enthusiasts who also have a taste for outdoor theatre.