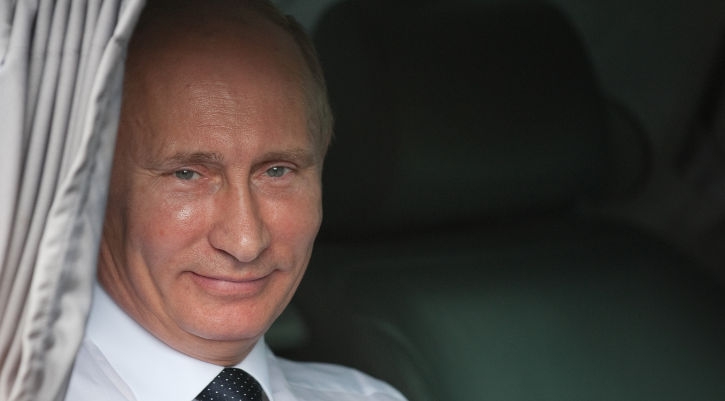 HISTORY is the propaganda of the victors. We have all been conditioned to accept the conventional version of events; Germany was the bad guy, we sacrificed all to liberate Europe from Nazi dictatorship.

Whoa. Not so fast. Modern Russia is seething because no significant Western heads of state will be present at the 70th Victory Day anniversary to be held in Moscow on May 9.

The snub is seen as lack of recognition of Russia’s part in defeating the Reich; at worst an ambivalence that quietly exonerates Germany from its past. Not guilty as found, Ivan.

The Russian president has a point. On March 16 an event took place in Latvia, as did similar in other Baltic States. The parade was held to commemorate the Latvian Legion that fought on the side of Germany during World War Two.

Such marches usually receive front page disapproval. Not this year. Across the board, main-stream media seems to have toned down the anti-Nazi rhetoric. Is it orchestrated? Is Russia’s President Putin right in saying history is being re-written? Was the recent murder of a Russian politician, the downing of an airliner over Ukraine, the new Reichstag fires?

As Western hostility towards Russia increases, could there be a return to the post-war view that a strong Germany is needed to curb Russian ambitions. In 1946, Winston Churchill remarked: “We have killed the wrong pig,” too quick to destroy the main bulwark between Britain and the expansionist USSR.

In 1946, Britain’s wartime leader, in conversation with US President Harry Truman at Fulton, surmised: “The war wasn’t only about abolishing fascism, but to conquer German sales markets.”

In 1992, US Secretary of State James Baker, agreed: “We made a monster, a devil out of Hitler. There-fore we couldn’t disavow it after the war. In no way could we have pointed out to our people that the war was an economic preventive measure.”

Today, it is Russia not the Reich that threatens the trade interests of the US, EU and UK. History appears to be repeating itself. Now Vladimir Putin is demonised as the new Hitler, Russia the new Reich. About turn, Tommy Atkins.

This is where that extraordinary prophet George Orwell made his point in his great novel, 1984: “This government department spent its time around the clock falsifying the past. It did so by excising all uncomfortable previous events from the public record and burning them, and reprinting continuously revised editions brought up to date in harmony with the latest twist in the political line of his fictional, but terribly real, in fact, regime.”

I doubt very much that New York’s Central Park or London’s Whitehall will be renamed to honour Adolf Hitler. However, don’t be surprised if the laundering of Germany’s image now goose-steps in harmony with the character assassination of Herr Putler and the Russian Reich.