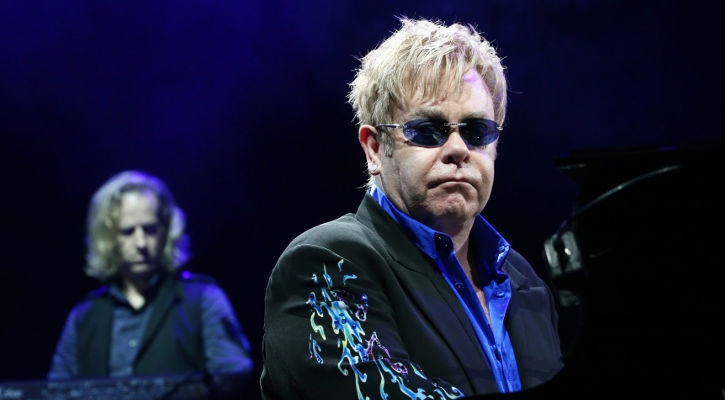 ELTON JOHN: Following the comments of D & G has vowed never to wear their fashions again.

IT was always a good idea to get to our favourite nightspot before the pubs called time on a Saturday night. It was a cellar club and previously used as a ‘storage’ area for a firm of undertakers, but because of its popularity and strictly limited capacity, it was sensible to get there extra early.

On a particular Saturday night in 1970, we arrived before the crowds and to kill time we tucked into scampi in the basket whilst watching ‘In Concert’ – a regular Saturday night BBC programme – on the small television at the back of the bar.

Sitting at the piano was a nerdy looking guy with big glasses that we had not seen before, and when he started to sing, the hairs on the back of my neck stood to attention – this was something special.

The song was ‘Your Song’ and the man of course was Elton John. We were all transfixed and our scampi went limp.

I mention this, only to emphasise my credentials as a massive fan of the man and his music.

Following the comments of Dolce and Gabbana in the magazine Panorama, Elton saw fit to lambast the pair publicly and criticised them for being out of step with the times, ‘just like your fashions’. And, he continued: “I shall never wear Dolce & Gabbana again.”

The Italian fashionistas stated they were opposed to gay adoptions and that in their opinion, the only family is the traditional one. More controversially, they referred to: “Children of chemistry being synthetic. Rented uterus, and semen chosen from a catalogue.”

Some of those comments were ill-judged to say the least and were bound to attract a tsunami of protest, but others were only echoing the thoughts of many people – in spite of Elton’s assertion that they are out of step with the times.

It was significant that these were the views of two gay men, thus depriving the usual suspects of crying homophobia from the rooftops.

I do not necessarily go along with the Italians’ views, and it’s not important, because what is at issue here is their right to say it. It is also the right of course, for members of the public to turn their backs on the D&G brand if they so wish, but let’s stop and think.

It is only in recent times that gay people have been able to emerge from the shadows and proclaim their sexuality openly. They of all people should embrace the Yellow Brick Road of tolerance.

And here’s an extra thought. If a woman expressed the desire to have children in her late 60s, she would be labelled by many as selfish. Not so it seems with Sir Elton.