Good old fashioned key! How secure is your car? 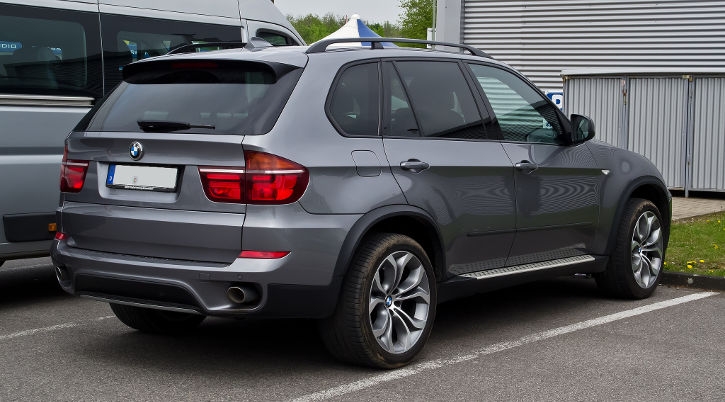 THE new ‘Tracker’ study has revealed the cars that are most likely to be stolen. And it would appear that there is something to be said for the ‘Good Old Fashioned Key!’

The BMW X5 is the most stolen car in Britain, but historically the trend seems to echo itself across Europe as well. In new figures revealed this month, it heads a list of stolen cars dominated by prestigious 4×4 vehicles.

It is the sixth year in a row that BMW’s X5 has topped the most stolen table, according to research by vehicle recovery service Tracker, which put the spotlight on thieves’ top targets.

Also, it finds that the number of stolen vehicles with a keyless entry system has a reached a record high, showing thieves are becoming more adept at overriding the security on these cars.

Last year Tracker recovered more than £11 million worth of stolen vehicles and returned them to their owners. The average value of cars stolen and recovered in 2014 was £25,600, up nearly nine per cent on the previous year’s value of £23,600. For the past three years, BMW models have dominated the top 10 of most stolen vehicles, but 2014 saw an increase in the range of Mercedes and Jaguar Land Rover marques being stolen.

BMW’s sporty M3 dropped from second place to sixth while the Mercedes C Class moved up a place to take the number two spot. The Range Rover Sport jumped four places, up to third position and the Land Rover Discovery makes a new entry at fifth, suggesting that 4x4s were in big demand for organised crime gangs 2014.

While Porsche enjoyed a big sales growth in 2014, its 911 model dropped from ninth to outside the top 10 list of stolen vehicles. Andy Barrs, head of police liaison at Tracker, said: “The 2014 figures illustrate that prestige models continue to catch the eye of thieves, but the average value of stolen cars we recovered was just £25,600, suggesting that older models of prestige cars could be just as attractive to criminals as newer models. Interestingly, the number of vehicles that are being stolen without keys has steadily risen over the last few years, accounting for 43 per cent in 2014.

“We believe this is down to the growth in car hacking where criminals target keyless vehicles by bypassing their security systems, using technology they’ve bought on the internet.

“Indeed, experts have warned that as keyless security systems become commonplace in cars, the skills to bypass these will be widely practised by most criminals and in turn, lower value keyless vehicles will be equally at risk. We recommend that car owners invest in an added layer of security.”