That was the week that was 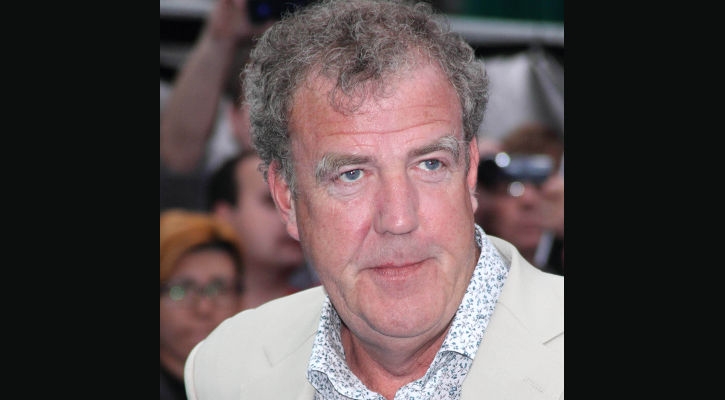 DROPPED: Full marks to the BBC for getting rid of Jeremy Clarkson.

WELL, that was the week of pure arrogance that was. Four jumped-up pillocks. Three who should know better, and one who thought we all came over on the last banana boat.

First on the big A List is that total berk, Jeremy Paxman. I, like many others, was truly looking forward to the party leaders’ TV ‘debate’. An opportunity to hear their ideas and visions of the future and also open themselves to unedited examination by an audience of a cross-section of the public.

Instead we got a man, generally used to bullying young university students, so pumped up with his own ego, he thought it perfectly acceptable to sandbag both party leaders. Snidely delivering a couple of aggressive questions, that he no doubt thought were very clever, merely resulted in both leaders spending most of their limited time defending what was basically the indefensible.

I’m sure it all made this idiot feel really important, but frankly it robbed the public of a whole range of questions we’d have been far more interested in hearing the answers to. If we had wanted the ‘Paxo The Prat’ show we could have waited for University Challenge.

Second A List contender of the week is another Jeremy. Personally I’ve never been able to stand Clarkson, another arrogant oaf. I don’t normally have good words for the BBC, but full marks for sacking this bully for chinning a (much smaller in stature) producer for nothing more than the fact that his [Clarkson’s] already oversized gut wasn’t being supplied with a hot meal the following day.

Third is that awful pontificating Keith Vaz, who, for some inexplicable reason, seems to keep being picked to head up some leftie influenced committee or another. This latest act of his continuing arrogance is connected with his handling of the accusations of number four on my A List, the father of one of the girls who absconded to join the IS in Syria. He was arrogant enough to think he could get away with blaming the police and authorities for his daughter’s radicalisation, swearing in front of the inquiry, chaired by Vaz, that he knew nothing about IS and their dealings.

It was subsequently revealed that he was in fact an active Islamic radical himself, having been pictured burning the American flag in front of the American Embassy in a mob which also included hate preacher Anjem Choudary and one of the killers of soldier Lee Rigby. Vaz made him and his whole family seem like victims of some appalling crime, and actually got the Met Police commissioner to offer a grovelling apology.

Will any of my A Listers issue any type of apology for their actions? Don’t hold yer breath, they’re far too arrogant!