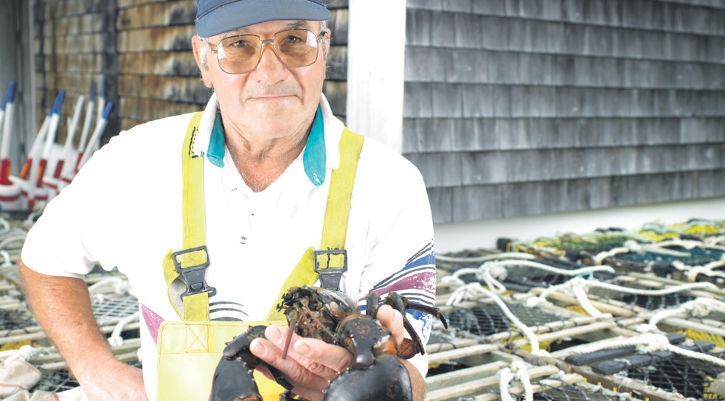 PACO, a Garrucha fisherman, walked in smelling of old bait and a foul sea. His story was tragic so we bought his drink. He had been ordered to purvey a lobster to a nearby restaurant.

Upon arrival, the owner refused to accept delivery because Paco was a day late. We all drank to that.

I glimpsed just below his feet the largest crustacean in living memory. A monster. Paco had to do some fast and clever marketing so bought the next three rounds. His woeful tale was: out of gas, penniless, and cash to take home or be mauled to death by his loving wife. We could all sympathise with that. Another round was ordered, I think.

We were all presented with a catastrophic decision of Solomon proportions. Who was going to buy the thing? As I remember, I suddenly fell back onto Graham so he pushed me forward and I was awarded the lobster.

What a distinguished gift to take home and present to my adoring wife. I just knew she would appreciate something special at 4am.

I drove home with a Cheshire cat grin. He acquired the moniker of Larry, a brick red bogavante with large protruding eyes, and a pair of antennae that any male would be proud to wag.

We became instant friends. What a great pet he’d make. People from Iowa think that way. During the drive, I pondered where my revered acquaintance could sleep.

I owned neither aquarium nor pool, so I simply deduced through my euphoric haze that keeping Larry cool would be the best for both of us. I jammed him into the refrigerator and beamed with my own cleverness. Then I snuggled down on the sofa for a few winks.

My respite was but a nano second before waking to agonising screams from an astonished wife. I couldn’t understand why. I had no recollection of Larry either. My head was spinning. My vision blurred. A freight train was charging around my head. Reaching for a beer didn’t endear myself to my imperilled wife. It must be Larry.

Apparently my sequestering Larry to the refrigerator was nothing less than a cheap thrill to Lobster Heaven. He had consumed all the butter and half an open dish of jam. During his feeding frenzy, he exuded foul smelling emissions on the fridge walls. Larry managed to knock over and break everything he hadn’t already soiled or eaten. Through the migraine- impeded vision, I miraculously deduced Larry wasn’t a pet I could keep.

Meanwhile my vitriolic wife kept asking “What in the hell? What possessed you? What were you thinking? What kind of present did I think it was?” All while screaming as close to the ear as physically possible. I was too weary to respond.