Marbella: A Culinary Kingdom but not quite the King 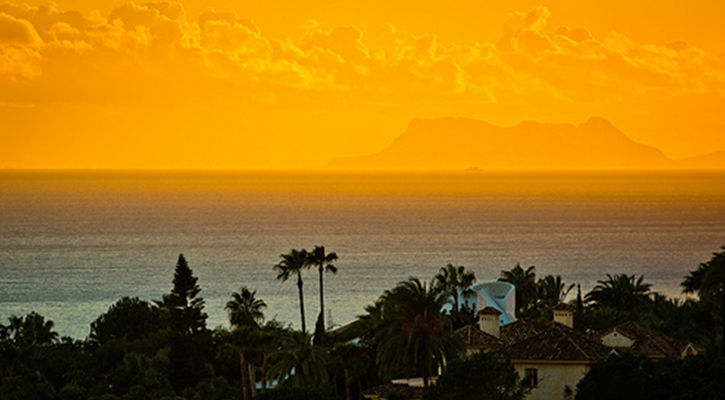 The Only Way is Essex, English ex-pats and those with more money than sense: Marbella has had a number of stereotypes attached to it in recent years. However, even though Europe’s playground for the rich and famous has long held a reputation as a party town, there’s a lot more to it than simple revelry. In fact, behind popping bottles of champagne sit some of the best eateries in Spain.

Although many will argue the tastes of Barcelona, Madrid or San Sebastian are top when it comes to Spanish cuisine, many modern “gastronauts” are now choosing Marbella as their desired dining destination. Indeed, thanks to the combination of innovative chefs such as Dani Garcia and traditional Spanish restaurants, Marbella is now a thriving culinary capital.

Although some may stop short of calling it Spain’s ultimate food capital, there’s no denying that Marbella is more than a feast for the eyes. In fact, whatever your taste buds desire there’s an option to suit your palate, which is why many are now looking to the seaside city as one of the leading culinary destinations in Spain. 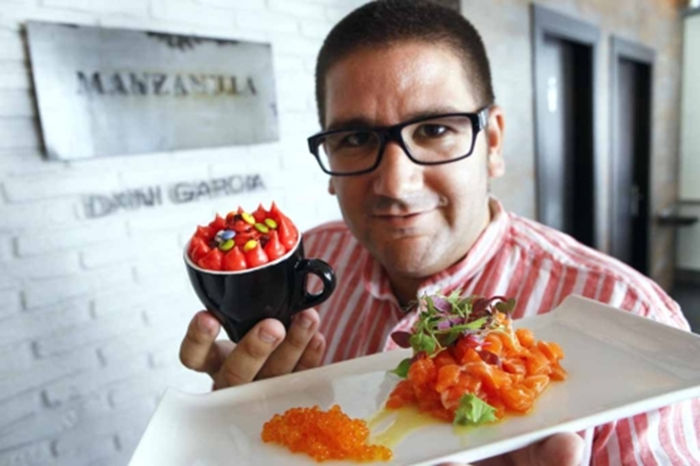 It’s impossible to talk about Marbella’s food scene without heaping some praise on Michelin star chef, Dani Garcia. Born in Malaga and now the proud owner of two Michelin stars, Garcia has become one of Spain’s leading chefs in recent years. Starting out with The Tragabuches in Ronda, Garcia quickly earned his stars before launching a string of restaurants across Spain.

Today, Garcia is the king of Marbella’s cuisine scene with the fantastic Dani Garcia Restaurante and BiBo inside the plush Puente Romano Hotel. While the former caters to those with a hankering for something fancy, the latter is set up to cater for a more authentically European experience with bold ingredients and traditional flavours.

Striking the balance between fine, tasting menu style food inside Dani Garcia Restaurante and brassiere favourites in BiBo is the reason Garcia has put both himself and Marbella on the culinary map. Being able to rival high end restaurants in Spain’s larger cities is no mean feat, but Garcia has managed to use a two-pronged attack to cater to all ends of the gastronomic spectrum.

A Hankering for Hotel Catering 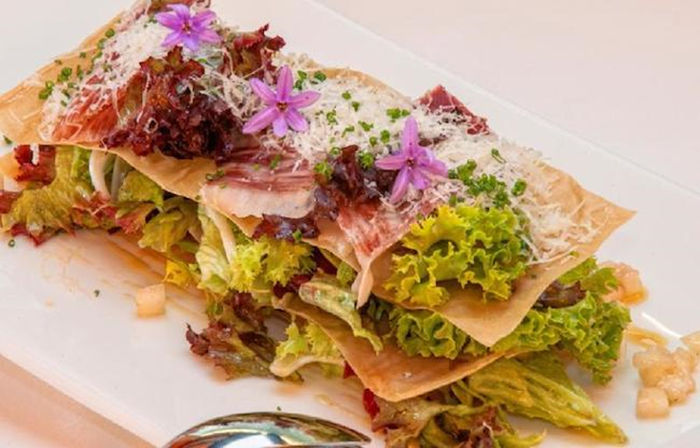 Although Garcia’s hotel exploits are by far the most impressive in Marbella’s hotel scene, there’s a wealth of talent beyond Puente Romano. One of the standout alternatives is Casino Marbella’s restaurant inside the H10 Andalucía Palace. This venue is not only a destination for locals looking for a bite to eat, but a constant stream of international travellers. On top of being a hotel, the Andalucía Palace also houses Marbella’s main casino, Casino Marbella, which regularly plays host to a number of high profile events.

One of the main festivals on the casino’s menu is the Estrellas Tour. Sponsored by PokerStars and known as the one of the leading poker events in Spain, the tour makes an annual stop in Marbella and with it a contingent of international poker players often follow. To cater to a broad spectrum of tastes, Casino Marbella’s restaurant has designed a menu that takes inspiration from a variety of countries. From local fish to Italian pasta and British beef, the restaurant has established itself as a place of excellence where locals and visiting poker players can enjoy a fusion of flavours from around Europe.

Away from the high-rise hotels and bustling casinos, diners looking for a real taste of Marbella should visit Celebrities Gold Restaurant on the seafront. Perfectly located at the start of the walkway and within a stone’s throw of the sea, this place could almost be described as a hidden gem if it wasn’t for its golden decor.

Although the styling of the restaurant may not be to everyone’s taste, the attentive staff and superb seafood menu will be. Coming directly from the sea just a few hundred metres up the beach, Celebrities Gold Restaurant is the perfect place for a lunchtime snack or an evening meal as the sun sets over the Mediterranean.

One of the particular highlights on the menu is the lobster linguine. Turned into a dish before your very eyes (you get to choose the lobster that will be used), the dish is about as close to fresh seafood perfection as you can in Marbella. In fact, such is the allure of this simple looking eatery that many of the local celebrities and footballers often stop by for a bite to eat before heading off to sample Marbella’s nightlife.

Although Marbella has become one of the leading culinary destinations in Spain over the last decade, it’s fair to say that everything isn’t perfect. In among the high-end eateries and local gems sit some less than impressive options. Despite being somewhat attractive from the outside, the quality of the food is nothing to behold once inside.

Although the food is far from terrible, there’s a whiff of restaurant chain economy about it, which doesn’t seem to sit well with the surrounding vista. Indeed, despite sitting in the shadows of yachts and cars worth many millions, the standard of food and service is nothing like a millionaire would expect.

Of course, that’s not to say these restaurants don’t have their value: they do. However, if Marbella is to call itself the culinary capital of Spain then it needs to have less emphasis on generic food in certain parts of town. Is this being too picky? Possibly. In fact, every city has its mix of strong and weak restaurants. Marbella certainly has a strong case when it comes to offering high quality food to the masses.

The offerings from Dani Garcia alone are enough to give those with a discerning palate enough reason to visit the coastal resort. Fortunately, Marbella has so much more to offer in terms of dining experiences. Although it might not quite be the perfect all-round destination yet, the city is undoubtedly a leading light in Spain’s culinary community and somewhere any serious foodie should consider visiting.