My short stay is a real relief 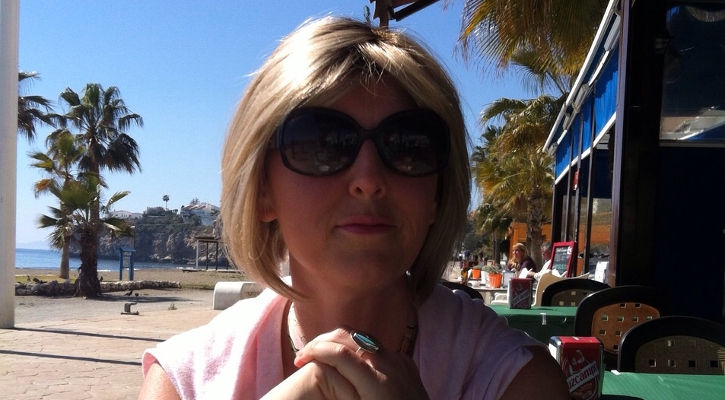 I HAD the seventh chemo treatment last week. It was the fastest I have ever been seen and so I was only at the hospital until 1.30pm which was a relief since I always arrive at 7.15am making it a long day.

I have to say that the side effects kick in about two to three days after the treatment now. I am left feeling listless, very achy and generally a bit wobbly.

Nothing that stops me from getting on with normal life, but the pace slows down greatly and I am far more susceptible to coughs and colds. Hence the hacking cough I have now, more antibiotics which I dislike, but at least my temperature is under the dangerous 38 degrees mark. I am sure the battery in my thermometer is going to run out at any moment as I have to diligently monitor my temperature. If I hit the 38 degree mark then I have to go to hospital for tests as it is a sign of an infection that I might not be in shape to fight on my own. Luckily I have avoided this as it would mean a possible hospital stay and put my treatment back.

I was told that once I was in the last cycle of chemotherapy I had to ring the radiotherapy team at Carlos Haya to book my scan in preparation for the next stage of my treatment.

I called at the beginning of April and efficiently they called me back and I went in on April 7 for a scan of my torso which then provided them with an idea of how to mark out the area to be radiated.

This type of CAT scan is painless as there is no intravenous dye used. You just have to strip down to your waist, in my case because my cancer was in the breast and armpit, and put your arms outstretched over your head, incline your head to the unaffected side and not move an inch.

After the scan the nurse came in and explained that they were going to tattoo me to mark out the zone that they would administer the radiotherapy to. The dye is permanent. So four little and quick punctures were filled with dye and I was done.

I had a chat with another nurse who explained the importance of moisturising in preparation for radiotherapy. At this stage they couldn’t tell me how many sessions I would need. That would have to be discussed with my doctor. However a minimum of 15 and up to a maximum of 35 sessions were discussed. I have fair skin so it is likely that my skin will become red and irritated.

I was also given instructions on what not to do! No deodorant or perfumes or extreme water temperatures! So that’s the end to my scorching showers then!

And a whole host of other things and of course to avoid the sun.

I have to say though that I am really pleased with how things have been going although I don’t have any concrete results of how my treatment has gone yet.

Finishing chemo will be such a relief. A little like a bored child… I have had enough now!

Yesterday was a day to forget about cancer and my motorway breakdown! It was time to catch up with friends. Jorge and I had a splendid lunch in Fuengirola. Gosh we all laughed so much and have put a date in the diary to meet again soon. Laughing is the best tonic ever.

The children dragged themselves out of bed today and rather like an adult who has to work, they too were pretty happy that it was Friday! Well that makes all of us then. Another week gone and I am not one to wish away my life, but the passing of time for us is all about life and healing.

The children have a great loss to come to terms with and I have a physical and mental battle which should be a much shorter ordeal. My cancer is easier to deal with because there is something to be done and a process to go through.

Emotional trauma is far more deeply rooted with no road map to navigate your way out of. They are making a progress, little by little and day by day.