When compensation is due, go for it, but just be patient 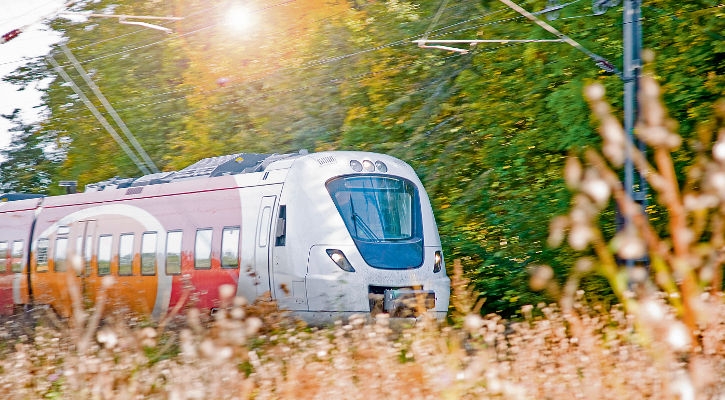 FOR years I had dreamt about a Baltic cruise and those long summer daylight hours in Scandinavia, except my wife, who is not a seafaring British citizen, gets seasick in the boating pond at the Retiro.

In any event she had made other plans.

So instead of a summer cruise I headed off alone by air to Denmark planning to travel on by train to Stockholm and Oslo.

After a few days in Copenhagen I took the train along the coast to Helsingor and Hamlet’s Castle from where a 20- minute ferry service across the Oresund links the Swedish city of Helsingborg. Have you ever heard of a railway station without a ticket office? This was it.

I found the tourist office in town but it was too busy. The only way to purchase tickets was either at automatic machines or the station snack bar. So I used my credit card to buy a sandwich and a single ticket to Stockholm on the SJAB, as Swedish Rail is affectionately known.

All went according to plan until the local train reached a small town called Hassleholm, where I was supposed to change platforms and take the main line express, due to arrive 10 minutes later. Only it never did. Hassleholm caused me a lot more hassle than holm.

Announcements in Swedish were not helpful, but I learnt from other passengers that the train would be late. In fact, it had not even left Malmo!

The delay turned out to be over two hours, which meant arriving in the Swedish capital late at night without a hotel reservation.

With time to spare and little to do in Hassleholm, which did have a ticket office, thanks to friendly railway staff, I was able to book a hotel.

After a three-hour journey looking out at forests and lakes and then more forests and lakes, as we were finally nearing the Swedish capital, a passenger informed me that the SJAB offered compensation in the form of credit vouchers for late arrivals. She helped me procure a form entitled ‘Restids-garanti’ to fill in and send off.

Sounded good. Why not, I thought. After all I was entitled to it. That was the good news.

There was no urgency so I left the form in my case until I returned to Madrid. It made sense to ask for a refund rather than a credit voucher since my next trip on the SJAB could be some time off, if ever.

On the website I found a telephone number. Now for anyone who dislikes listening to options in English, try options in Swedish.

After three calls I gave up and copying the tickets and other details, I sent off the form with a polite letter addressed to the SJAB administrative centre located in a town called Krylbo, which sounds like a character from a science fictionvideo.

It was August. I waited for a reply,which never materialised, but I had discovered another SJAB address at Ustersund. Presumably to deter personal visits it was close to the Arctic Circle.

It was not until September that I sent them a reminder enclosing the original letter to Krylbo.

Still with no response forthcoming. Not one to give up easily, in October I wrote to the Swedish Embassy in Madrid, which replied promptly. Their advice was to contact the Spanish Embassy in Stockholm. This was now turning into a diplomatic incident.

However, as a British subject I thought this would hardly be an avenue worth pursuing. By December I decided to enlist the co-operation of the Transport Minister in Stockholm. Surely they would be able to put pressure on the SJAB; still nothing.

I then emailed the principal tourist office in Stockholm; after all the country needs tourists. I warned them that I would never shop at IKEA again. They were very friendly and the kind young lady who responded was upset that I was taking it out on IKEA. But they couldn’t help.

I finally woke up. Use the power of the press! Give them a scoop – a tourist railroaded by the railways.

So checking the Swedish press on the internet I wrote to the editor of DagensNyheter in Stockholm, which seemed like a cross between the Sun and the Daily Telegraph, just right. Obvious! Use the communications industry. But they didn’t communicate.

Christmas and the New Year went by, but before I had time to contemplate my next course of action I was surprised to receive an apologetic email from the SJAB company, regretting the delay in replying and asking for my bank details for a full refund.

Whether it was a ticking off from the Transport Minister or a DagensNyheter front page I will never know, but I finally got my money back.

I sent an email to the kind young lady at the Swedish Tourist Office informing her that all was resolved and I would be buying a new kitchen from IKEA.