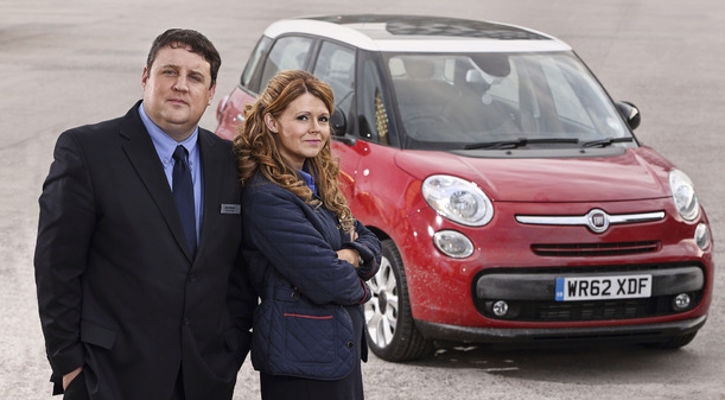 CAR SHARE: Peter Kay directs and stars in the show.

PETER KAY’S Car Share will stream as an entire series on BBC iPlayer before it is shown on BBC One. The stream of all six episodes will be available for a limited period between April 24 and 28.

It will be the first BBC One sitcom for Kay, who stars in and directs all six half-hour episodes. He plays a supermarket worker who is forced to commute with a colleague as part of a company car-share scheme. The pre-broadcast stream is part of a BBC project that will see 40 hours of programming made available on iPlayer before being shown on TV. Kay said: “To be finally working with the BBC on a new comedy is a great opportunity. And the idea of two people car sharing to work each day really appealed to me, as it highlights the comedy in the minutiae of the daily trek and allows the spiralling conversations of life to unwind in all of their glory.”

Poldark is to return for a second series on BBC One. The news comes as the channel celebrates its best start to the year in a decade. From January 1 to March 31, BBC One took its highest share since 2005 in all hours and in peak – with a 23.3 per cent share in all hours and 25.2 per cent in peak. Poldark – which stars Aidan Turner as its dashing title character – has so far achieved a consolidated series average of 8.1m viewers.

Charlotte Moore, Controller of BBC One, said: “It’s been an outstanding start to the year for programme-makers on the channel and their ambition has been in evidence throughout. It’s exciting to see BBC One being recognised today as the most-nominated channel in this year’s BAFTA TV Awards. I can also exclusively announce that Sunday night’s new phenomenon Poldark that has captured the nation’s hearts has been commissioned for a second series.

“Aidan Turner will return as Ross Poldark and Eleanor Tomlinson as Demelza in a new eight-part series written by Debbie Horsfield that will cover books three and four of Winston Graham’s series.”

If you would like me to answer any questions you may have on satellite TV or to expand on anything I have written about please call me on 678 332 815 or email [email protected] I look forward to your comments and questions. Don’t forget to listen to my radio show every weekday from 10am on Spectrum 96.1 and 106.8FM, now covering almost 3000sq kms of Costa Almeria and Calida or listen online at costaalmeria.spectrumfm.net for the latest news and views from the world of satellite television.