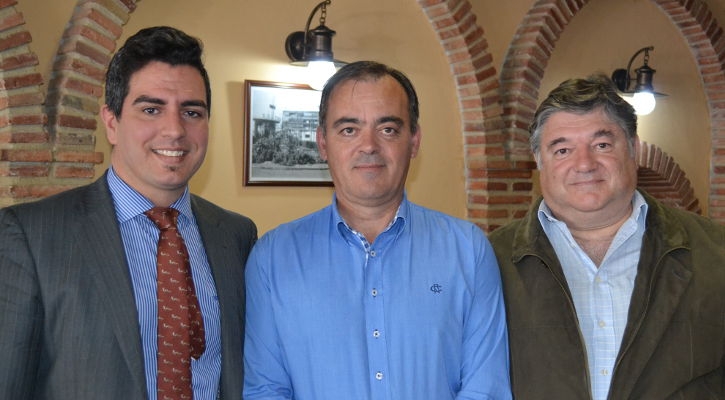 WITH the local elections due to take place across the country on May 24, the mayoral candidate for Benalmadena from one of Spain’s new political parties, Ciudadanos, Mr Bernardo Jimenez, told us how his party means to change the town, Andalucía, and Spain for the better.

Mr Jimenez is a local business owner, and his team are all local residents or business owners. “We are not career politicians whose only interest is keeping ourselves in a very well-paid job, we are ordinary people just like you, that want to make our town a better place to live, and be totally transparent in doing so.”

“For many years the two major parties have just been swapping seats,” he said. “The people of Spain have been listening to empty promises from career politicians for too long. As soon as they get into power, they go back to the same old policies and arguments where secrecy and corruption seem to have become the normal.”

“With regards to town changes,” he continued, “I can give you an instant local example of how changes can be made on a national level. If I were elected, the first thing we would sanction is the opening of the 800-space car park next to Tivoli World that has been a political toy for many years. The arguments and red tape that the PP and PSOE love so much and keep them in a job will be thrown out the door.”

Mr Jimenez has also laid down plans that he says will ensure growth in the standard of living in the town, such as plans to create an international market, a shopping centre encouraging large retailers, residential parking discounts throughout the municipality, reductions through winter on business rates allowing bars, restaurants and hotels to stay open.

“Political red tape and constant bickering between the parties have hindered progress in our town long enough,” he said. “We intend to get Benalmadena moving again by changing things like cutting the tax on business titles changing hands, and not charging new businesses silly amounts of money before they even open the doors.”

New parties such as Podemos, Ciudadanos, and UKIP in the UK have seen big rises in popularity of late, with millions of people tiring of the old rhetoric. With only two real options to choose from over the years, people now believe they have an alternative.

“Podemos are far too left wing for our liking and have no real viable policies in place,” Bernardo said. ”The people that vote for them are just doing so as a knee-jerk reaction to the state’s heavy handedness. We don’t see ourselves as either left wing, or right, we don’t want to be labelled as anything, apart from new.

“We align ourselves with the British UKIP in in a lot of ways, apart from the fact that we want to stay in the EU, of course.

“We see a need for common sense to take over from old guard mentalities. We don’t want the Church to dictate what should be learned in schools. The new gag laws drag us backwards and must go. We believe that a woman has the right to decide what she does with her own body. Progress in large business ventures should not be held up by bureaucracy, and international expertise and investment will be a paramount concern.

“We have a political platform, agenda, and manifesto already set in place. We have financial experts from the London School of Economics and Albert Rivera as our leader. One of our main aims is to bust open the secrecy and darker side of politics at all levels. Corruption has been the norm in Spain for a long time – we will open up the whole system to the people at every level of government.”