Sacré bleu! Names to drive you nuts… and you could end up being in a jam! 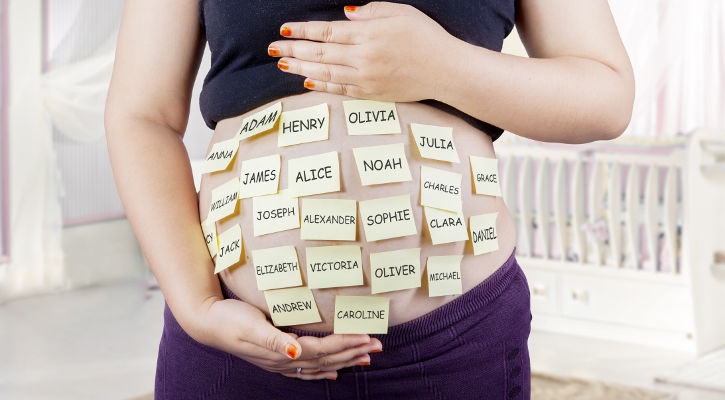 A FRENCH court recently banned parents from naming their baby girl ‘Nutella’ after the hazelnut spread, ruling that it would make her the object of ridicule. The judge ordered the child be called Ella instead.

French parents can choose whatever name they want, but local prosecutors can report what they consider to be daft names to a family court.

Like the couple who wanted to call their daughter ‘Fraise’ (Strawberry). The baby was renamed ‘Fraisine’ (err, Little Strawberry).

In another instance, a father took legal action to try to stop French car makers Renault from using the same name as his daughter, Zoe Renault. Cedric Renault argued that if Renault named a car model ‘Zoe’, it would make his daughter’s life a ‘nightmare’.

lain and Sophia Renaud in 1999 saw off legal action to prevent them from naming their daughter ‘Megane’, even though prosecutors said it sounded too much like the car.

Choosing first names can be a headache in the UK too.

So, where can you go for inspiration? Well, there are beautiful names from nature – at least for girls – like Holly, Hazel, Cherry.

But then you have to be so careful with surnames, don’t you? Holly Tree, Hazel Wood, Cherry Pye, anyone? There are enough unfortunate first/ surname combinations around like Sidney Harber, Joe King, Chris P Duck, Chris P Bacon and Wendy House. Plus a policewoman in Tasmania, Lauren Order. (Incidentally, there was a girl a couple of years ahead of my mother at school called Primrose Lane. Luckily she married a man with a boring, run-of-the-mill surname – and that was the end of Primrose Lane.)

Just imagine how one of those names would go down in your average British school playground.

When the next celebrity pregnancy’s announced in Hollywood, may I suggest a national primary school competition to choose the name? After all, the winning entry couldn’t be half as daft as the ones given to the previous lot.