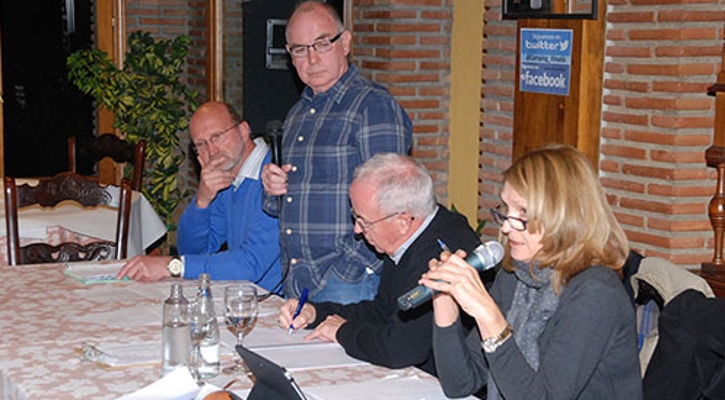 THE campaigning organisations for owners of Spanish homes declared illegal have announced another step towards ensuring financial redress for victims of planning abuses.
AUAN, based in Almeria, and SOHA, representing Axarquia homeowners, said that the PSOE socialist group had put an amendment before the Senate which would create greater legal security for people buying Spanish property in good faith.
The amendment, which should ensure buyers are protected by the Land Registry, comes from an AUAN and SOHA proposal and will be debated in the senate on May 12 and 13.
The organisations’ legal advisor, Gerardo Vazquez, explained: “The idea of this amendment is to give greater legal certainty to the Property Register. A buyer must be able to rely on what the Land Registry says because that is why it exists.
“The problem is that there is an interpretation of the Mortgage Act by the Supreme Court that says the Land Registry does not protect innocent third parties against urban problems that have not been noted on the register. That is to say, anyone can buy a property that appears to be perfect according to the Land Registry, with no sign of a problem, but the house could be illegal and this person is not protected by the Register.
“This creates considerable legal uncertainty, which this amendment proposes to resolve so that a third party purchaser has the right to rely on the legality of a construction inscribed in the Register.”
This amendment, which Vazquez said he was hopeful would garner cross-party support, follows a change in the law allowing judges to delay demolitions of illegal properties until owners who had bought in good faith were compensated.
Vazquez added, however: “This amendment is not the end of the road, but it is a big step along the way. AUAN, SOHA and another association in Cantabria known as AMA, have proposed another legislative change, this time to avoid the revocation of a planning permission and the demolition of houses without a guarantee of fair compensation to a third party who did nothing wrong.
“Because whilst it is true that the recent change in the Criminal Code gives purchasers in good faith some protection against demolition without compensation via the criminal courts, these demolitions can also be ordered by the administrative courts, creating the necessity for a change to the law regulating the Administrative Courts.
“We understand that the PSOE is going to present a bill to the Spanish Parliament to do this. It also must be said that this change is not only being asked for by those affected in Andalucía, but also by groups in other parts of Spain.
“It is especially significant that a few days ago, the Parliament of Cantabria asked for this change to the state law with the unanimous approval of all the political parties in this parliament, including the PP, PSOE and the Partido Regionalista de Cantabria.”