The magical date has arrived 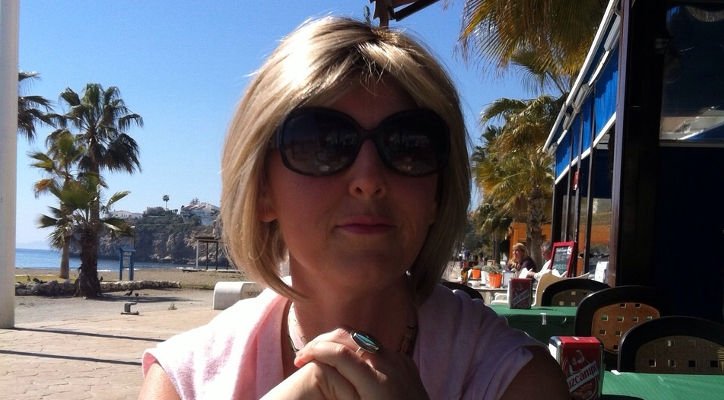 THE magical date of April 22 finally arrived and I sprang out of bed and made my way to the Materno Hospital in Malaga for my eighth and final chemotherapy session.
As per usual I arrived early to ensure I had my blood test done quickly to be able to send it off for analysis and hopefully be seen as quickly as possible by my oncologist.
After having breakfast I went to the eighth floor and sat in the waiting room. Time flew by as I got chatting to two lovely ladies, Sally and Beryl, or the Nerja girls as I shall call them!
We exchanged views on the differences in the British and Spanish medical systems as Beryl had first-hand experience owing to 42 years in the nursing profession. Sally made off with one of the armbands they use to make your veins pop up when giving blood! Amazingly enough the nurse remembered that it was Sally and came to look for her.
The band was returned as Sally had kept it safely but was unsure of who to hand it in to!
I thought my luck was in as my number was called out earlier than usual and off I went to see the oncologist. Things were about to take a turn for the worse. They had lost half of my blood analysis so I had to do another test! I was not impressed, but being more focused on making sure I had my last chemo treatment I raced down to have the test.
The waiting room was heaving but I just thought that today I was going to have to adopt the Spanish modus operandi and got straight to the front of the queue and demanded they repeat the test because my oncologist was awaiting the results to be able to give me my treatment. To be fair to them they pushed me up the list, as it had been their error, and I was in and out in five minutes. Had I waited patiently as we all have in Spain, I might never have received my last chemo.
Back in the waiting room with the Nerja girls for another two hours! Finally I was called and it turned out all my levels were good so I could proceed. The oncologist told me I had to book a CAT scan to see how everything had gone and I needed extensive blood tests to check my tumour markers and hormone levels, etc.
I would be back to see her within a month to see what hormone treatment they would give me and to see how the breast area was and if the shadows on my lungs had gone.
Jorge came to the rescue and booked my CAT scan because I would not have had time to go down to the bowels of the hospital and book it myself as they shut at 2pm and I ended up finishing at 4pm.
I took my place next to the sweetest lady who turned out to be the mother of a client of the notary’s where I used to work. Malaga is a small place! We had a lovely chat, which was just as well because they took one hour to come to put my line in and then had six attempts at it.
A new nurse wanted to practise! Grrr. I repeatedly said that Jesús was the only one who knew how to deal with my difficult veins and after the fifth attempt the newby yielded. Jesús came and popped the line in, no problem. I would have preferred to have avoided that amount of jabbing but the most important thing was I was about to cross my chemo finishing line!
I actually fell asleep in the middle of it, unheard of for me. The relief when they finally unhooked me was fabulous. I scurried off to recover at Jorge’s mother’s house and then made my way back home.
Today has been a whirlwind of activity between visits to the bank, post office, doctor, hospital orthopaedics, translating for a friend, shopping, collecting children and then trying to sell my car. I think I have done quite enough for one day so I will sign off now feeling tired but very happy. One phase down and now for radiotherapy and then reconstruction.
Poco a poco, as the Spanish say!