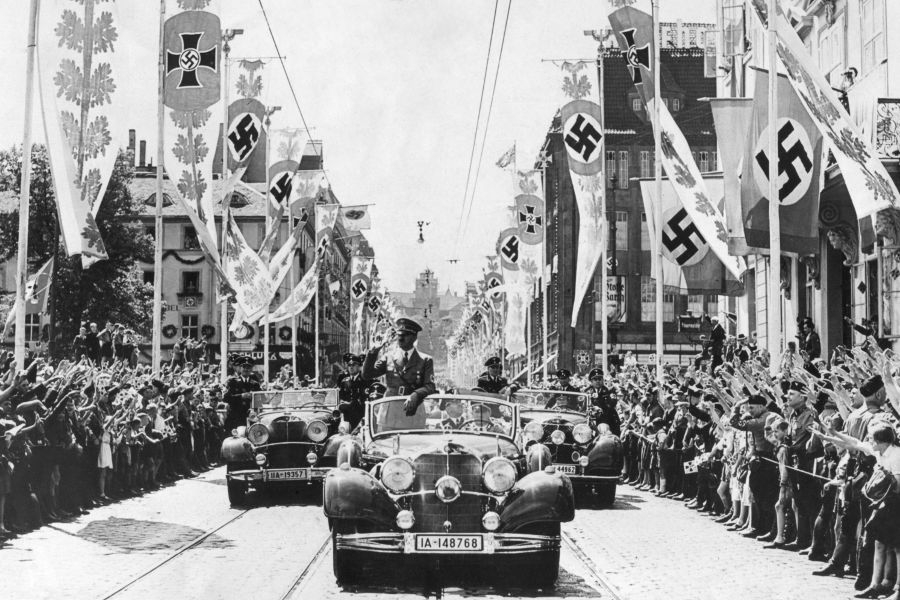 HITLER’S GERMANY: Responsible for the death of millions.

I CANNOT believe that a report published last week in a British newspaper didn’t cause an absolute furore of public indignation.
Instead it was somehow brushed aside and, as far as I could see, never saw the light of day again. Up to now, that is!
The piece was headlined. ‘Why Germans no longer believe they lost the War’. Intrigued? It gets worse. Apparently 91 per cent of Germans consider the end of the Second World War as their liberation from Nazi tyranny. They see themselves as victims. What pure, unadulterated, arrogant poppycock! In other words, the millions of German citizens, who took to the streets maniacally cheering Hitler and celebrating the fall of country after country under the jackboots of their evil armed forces, weren’t really happy at all!
They must think we all came over on the last banana boat. Let’s just get this absolutely straight. The German people were solely responsible for the Second World War (we won’t get into the first one). A war which killed, maimed and tortured millions of innocent human beings and resulted in the death and annihilation of millions of its own citizens. To infer that it was solely the fault of the Nazi Party, and that the German people were not to blame, is an affront to the millions of Holocaust victims and citizens of the world who died in the struggle to crush the evil spawned and voted into power by the German race.
Of course, there were large numbers of its citizens who disagreed with the policies of Hitler, but the majority sat back and did nothing. If we cannot learn from the mistakes of history, we are all lost. Hopefully, we the British have learned from our mistakes in the Middle East. Somehow I doubt it, but we are certainly not squealing that it was not our fault, and we were merely the victims of Herr Blair and his NLP.
How dare Germany endeavour to rewrite history in this way! If they really want to achieve some form of forgiveness and closure, a bit of apologising wouldn’t go amiss. Own up and be thankful that their country is once again a free and thriving society. The rest of the world has all but forgiven Germany’s past misdeeds, but be assured it will never forget.
Show a little backbone. Admit you were totally in the wrong and move on. It takes courage to say sorry. Are you listening, Ms Merkel? What a shame that on your recent visit to Dachau you didn’t take the opportunity to apologise on behalf of the whole German race, instead of laying the blame on ‘The Nazi Party’, thereby refuelling the delusion of the 91 per cent.