It’s a slow boat to China 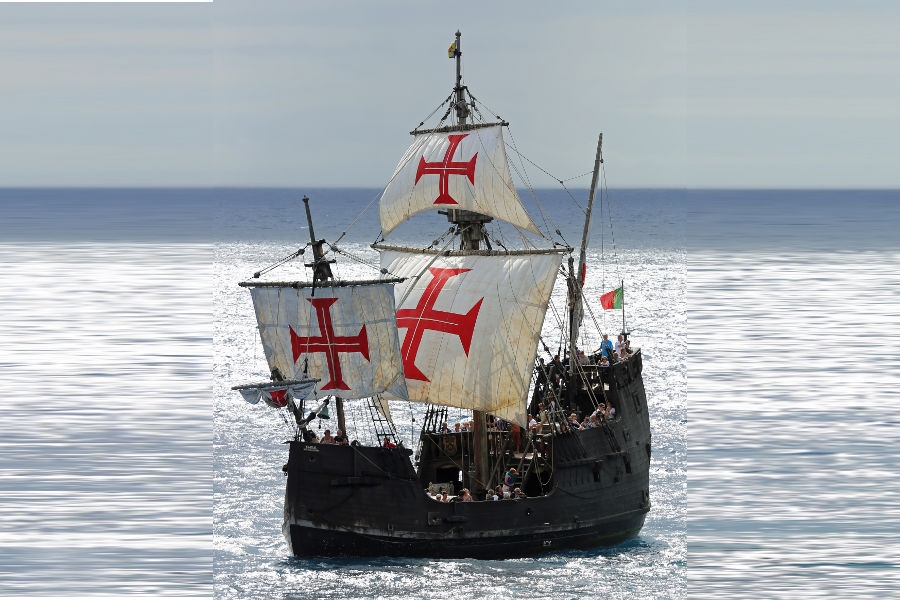 May 3 was a significant day in the life of Christopher Columbus.
He was not exactly a popular man when he returned to Spain at the end of his first voyage in 1493. Instead of taking back gold and Oriental silks and spices that he had promised Ferdinand and Isabella, his offerings were a few islanders, some pineapples and a strange contraption called a hammock.
Moreover he had lost one of the three ships that had been given for the expedition – the Santa Maria. Careless.
But Columbus could have sold sand to the Arabs, and still convinced that he had found some outlying islands off China or Japan and the route to riches, he set about convincing the King and Queen to finance a second attempt.
He would have gone down a storm as a double glazing salesman, because not only did they agree, but this time providing 17 ships and 1,000 men.
So, fully equipped and stocked, and with a cry of heave ho me hearties – or words to that effect – and in Spanish of course – they set sail from Cadiz.
The fleet made several landfalls in what we now know as the Leeward Islands and Lesser Antilles of the Caribbean, and then on the third of May, Columbus was convinced that he had made China at last when he sighted Jamaica. Ooops!
Little did Columbus realise his fundamental mistake on his first voyage, when he should have turned left and not right at the Azores. Their Majesties were going to have the right hump yet again.
Because gold and silver were conspicuous by their absence – and what little there was, was usually trousered by Chris – he hoped to make a killing by transporting natives to sell as slaves. But he was to be disappointed here too, because to their credit, the Royal couple decreed that as subjects of the Spanish crown, all of the Carib Indians were to be returned to their island homes.
Nevertheless, Columbus was still hailed as a hero in Spain and since he had been responsible for establishing colonies in the New World, he retained the patronage of the King and Queen who went on to fund two further voyages.
However, the third was a fiasco after Columbus was sent back to Spain in chains by the newly appointed governor Francisco de Bobadilla, and the fourth another disaster, with ships lost and many men dead.
He was corrupt and administratively incompetent, making him a hated man in the new world, but there can be no doubt Christopher Columbus was a brave and skilled navigator and bears a name that is still synonymous with maritime exploration and discovery.