May madness starts with boat 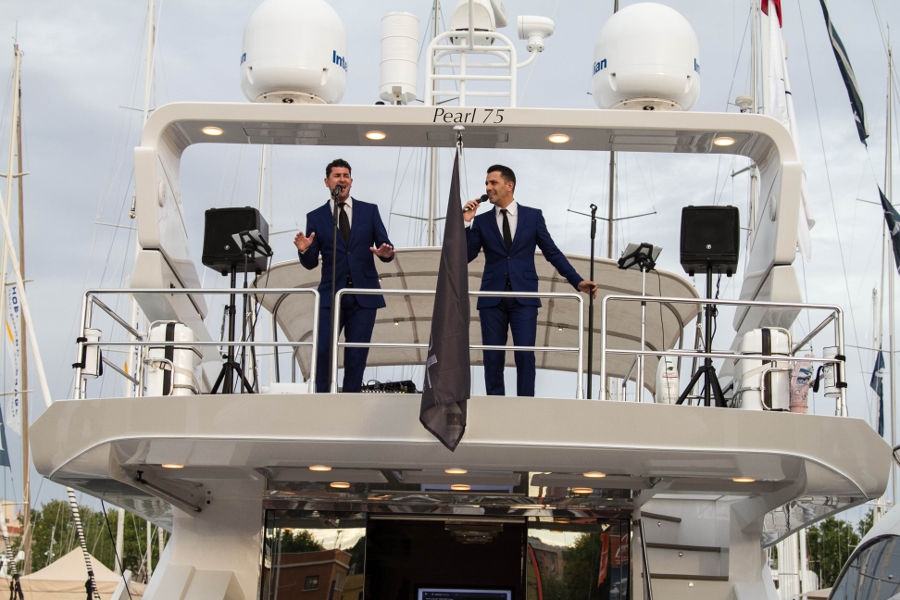 I’VE spent a big chunk of the past week at the Palma Boat Show. Despite growing up around boats and my father being a sailing teacher I can’t really say that I know that much about them, however, I was very pleasantly surprised to find that a heap of other people in Palma definitely are interested in them.
We set up our Mood Beach, Son Amar, Baxter Marine and Pearl Yachts stands on Wednesday and then opened on Thursday with a visit from the British Ambassador, and then the Balearic President.
What a coup to have both of them in the same place at the same time with the owners of the businesses I represent. Under normal circumstances I would have said to myself “Well done Vicki, take the rest of the week off,” however, that was only Day One of a five day boat show marathon.
So we all had to dig in and keep going and most importantly smiling! The following day was the late night opening at the Boat Show with several businesses throwing cocktail parties, including Baxter Marine. We had two fantastic singers (Il Duo) onboard the Pearl 75 singing from the flybridge. What a do! We were rammed. So two definite highlights to the weekend, and then three long hard days at the exhibition. It was still worth it though because I’d forgotten that I even really knew anyone in the Super Yacht and Boat industries, but it turned out that quite a few contacts were there exhibiting as well, so plenty of natural networking happened. All good for the businesses I work with.
When Tuesday came around though, I had absolutely had it. A year ago I would have thrown in the towel, and hit the sack. I have to admit that I did exactly that for about 20 minutes on the sofa, and then with my new improved attitude to sport and health dragged my weary carcass to the gym at the Country Club in Santa Ponsa and did a Cross Training workout with my team. Boy it was hard. But the smug after effects kept me going for a good couple of hours.
Next up in my May calendar will be the premiere of the new show at Son Amar, it’s called ‘Kaleidoscope’ and opens this Saturday May 9. If you haven’t yet been to see a show at Son Amar then try to make it along this year, it’s not an understatement to call it a ‘Vegas Style’ show. It’s got all of the glitz, glamour and razzamatazz that you would expect, but set in a beautiful 500 year old finca just 10 minutes north of Palma.
And there are two more events next week with Pouf Daddy on Thursday May 14 where they are launching their beautiful range of super funky beanbags, and St James Place on Friday May 15 who will be giving a free seminar on finances and investments for residents. If you want any information about any of these events then email me at [email protected]