A nightmare journey for expat couple 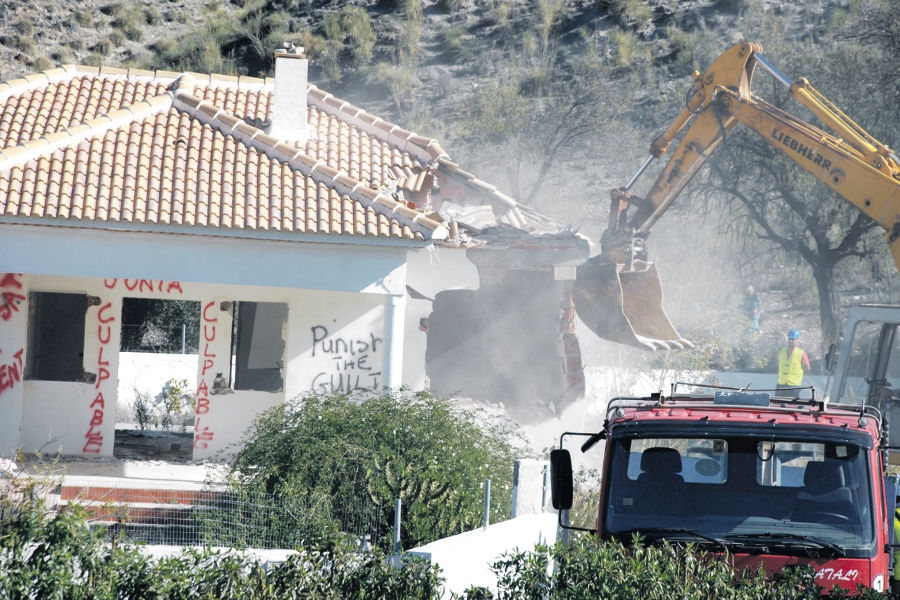 DEMOLITION: Unlike some less fortunate homeowners, the Pringles’ property has been saved.

A BRITISH couple who spent their life savings on a dream villa in Spain were told they had to demolish their home because the planning regulations changed after they moved in.
UK Channel 5 show, Britain’s Horror Homes, highlighted the tortuous battle Captain Ivor Pringle, 61, and his wife Judi have had to face at the hands of the Junta de Andalucia.
They were told the home they purchased with their life savings in 2001 didn’t have the correct planning permission after they had been living there for eight years.
Ivor told the programme: “To me it seems against human rights.
People can’t knock homes down just like that.
This is our retirement home, our life.
After 32 years’ service with the Parachute Regiment, Ivor and his wife left Basingstoke to live their dream retirement in Andalucia.
They used their life savings to buy a villa in Axarquia for £165,000 and then spent an additional £150,000 doing it up by renovating the kitchen and adding a terrace.
Then in 2009, they received a letter telling them that they had two months to demolish their property, or it would be destroyed for them, and to add insult to injury, they would have to foot the bill of €60,000.
The couple had no choice other than to embark on a lengthy and costly legal battle to save their home from demolition.
The Pringles’ home was one of 10,000 properties that the Junta said must be destroyed because they didn’t conform to new urban planning laws.
The couple built a strong legal case to take to court, and were supported by the campaign group Save Our Homes in Axarquia.
Unlike many unfortunate homeowners who were duped by unscrupulous property developers and corrupt local councillors at the time, the Pringles’ story had a happier ending.
Last year, five years after their ordeal began and thousands of pounds out of pocket, they finally received the news they had waited for.
A Spanish judge ruled that their house should not be torn down and the demolition order should be thrown out of court.
Judi told Channel 5: “I thought, we are safe.
It was wonderful.
It was like a great big cloud had been lifted off our shoulders.