Never the trio shall meet 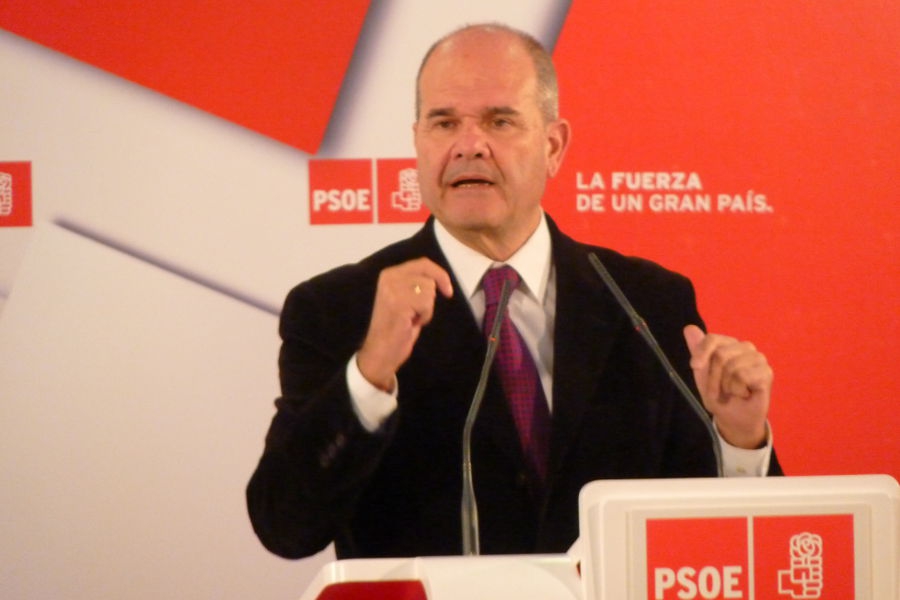 BOTH Podemos and Ciudadanos insisted that Andalucia’s former regional presidents Manuel Chaves and Jose Antonio Griñan should leave politics if they are to facilitate the election of the their successor Susana Diaz.
This has been called blackmail, a strong term for a reasonable request. Probably neither man was responsible for misappropriating the ERE redundancy funds but they were where the buck stopped. They either knew what was going on and did nothing, or did nothing because they didn’t know about it. Whichever applies, both deserve to go.

THE Partido Popular (PP) in Andalucia had a minor strop following PSOE leader Pedro Sanchez’s proviso on post-election agreements.
Local and regional parties can cosy up to any political party to ensure a share of power after May 24, Sanchez said, with two exceptions: the PP and the Basque party, Bildu.
The PP in Andalucia complained that this implied the party was as far beyond the socialist pale as Bildu. The PP is as far to the right of the PSOE as Bildu is its left. Never the twain – or the trio – shall meet – so why should the PP have hurt feelings for being what it is?

Love in a mist
MAY 24 and its results are all politicians care about, patently oblivious to the job they were elected for.
Four parties want to have their electoral cake and eat it but it is doubtful that any party will claim outright victory.
That is why the PP and the PSOE didn’t immediately pooh-pooh the prospect of two-round elections.
It would suit them to see a second heat whittled down to two contestants as they assume that a two-tier system will favour them, revealing how out of touch they are by assuming that either or both would make a second round. They know they might be less loved than before, but fail to accept they are estranged from an electorate in no hurry to kiss and make up.

Hostage to fortune
CIUDADANOS is tickling the fancy of voters committed neither to the Right nor the Left. The PP would happily pact with Cs in voting alliances come May 25 but party leader Albert Rivera is playing hard to get. No pacts until after the general elections in November, he announced, as he does not want Cs to become the hostage of any other party. Of course not. The beauty of this particular strategy is knowing that after the general elections the positions will be reversed and Cs could be the ones taking hostages.