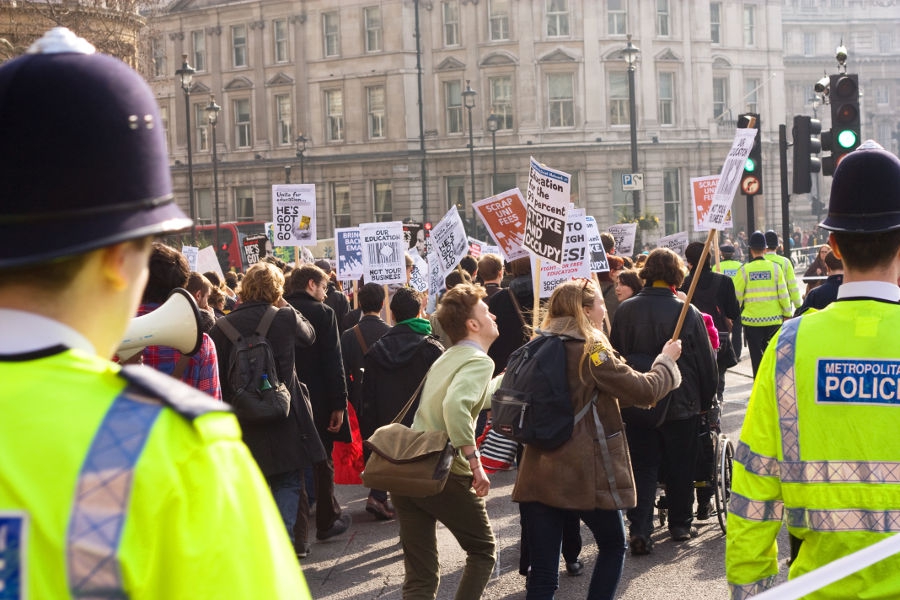 WHY are so many left-wingers such an unpleasant bunch? Since their rout in the election they have produced more sour juice than a premature grape harvest.
They’ve accused the British public of being stupid and making the wrong decision, invaded Downing Street, dubbed graffiti on the memorials of our brave servicemen and women and, headed by the awful Charlotte Church, displayed disgracefully-worded placards, denigrating the conservatives in ways only surpassed by the hate messages delivered by the militant Muslim brigade.
The unions, in a fit of pique, tongues undoubtedly rubbed raw by extensive wound- licking and no doubt anxious to remind their dwindling supporters that they still have a reason to actually exist, have instigated Plan B or C and are intent on punishing as many voters as possible.
The threat of disrupting an impending public holiday with a transport strike is typical of this uncaring, self-serving bunch of bandits, who are good for nothing but holding the country to ransom to finance their own hypocritical lifestyles.
Well, I’ve a message for all of you. You lost, get used to it. The main bulk of the British public doesn’t want your style or idea of government. Bite the bullet and show a little character for a change. In fact, the reaction of many lefties shows the true reason the public voted as they did. Militancy and negative disruption has no place in the modern world. Unions were fine in the bad old days, when people were paid a pittance in t’mill while their masters reigned supreme on the hill, but those days are gone. To compete and be successful, the machines of modern existence need to work smoothly, with as few diversions as possible.
Like it or not, the world is run by capitalists, it’s a business. To be in with a chance, we need strong, intelligent leaders and a willing, efficient workforce. Frankly, running around with placards and coming out on strike simply doesn’t hack it. Buckle down and extend the success achieved in the last five years. The last thing Britain needs are bitter dissenters airing their dirty laundry in public. Oops, sorry, Mr Balls! No puns intended.
Keep the faith,
Love Leapy, [email protected]
www.leapylee.co.uk