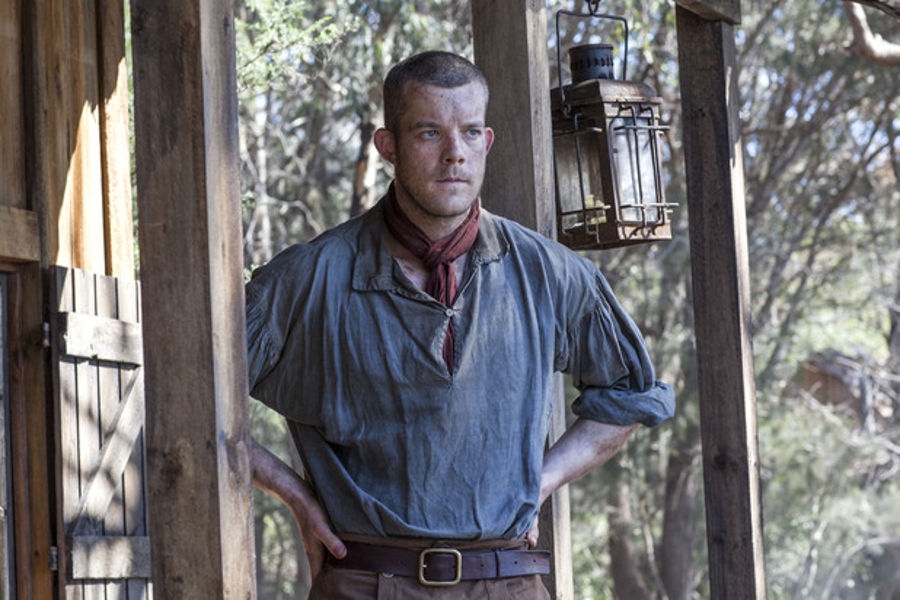 BANISHED will not be coming back to BBC Two, its star Russell Tovey has revealed. Tovey said that the decision to cancel Jimmy McGovern’s gritty historical series was “a sad day for drama.”
Banished offered an uncompromising look at life in 18th century Australia, with tensions high between officers and convicts. Starring Tovey, MyAnna Buring, Rory McCann and Julian Rhind-Tutt, the series opened to overnight audiences of 3.4 million in March.
“The natives have got to be introduced – they don’t feature in this series, because Jimmy didn’t want to just make them tokenistic, he wanted them to have their own characters,” Tovey added of talk of a possible second series. “But that’s something I think he would absolutely be tempted to explore if it goes again. So this show can just grow and grow and grow – there’s no limit to where the story can go.”
It’s official – Channel 4 has confirmed that TFI Friday will be back for a live 90-minute special on June 12. The show’s host Chris Evans had helpfully already let slip the date of the episode, which is airing to celebrate the 20th anniversary of the programme (even though it’s not actually the 20th anniversary).
The special will celebrate the history of the show, which originally aired from 1996 to 2000 on Channel 4. The broadcaster has promised a look back at highlights from the series – including segments such as Freak or Unique, Ugly Bloke and Fat Lookalikes – as well as the introduction of new features. The channel also revealed that “once again, music will form a hugely important part of this very special show.” TFI Friday’s live special will air on Friday, June 12 at 10pm (CET) on Channel 4.
email [email protected]
I look forward to your comments and questions. Don’t forget to listen to my radio show every weekday from 10am on Spectrum 96.1 & 106.8FM, now covering almost 3000sq kms of Costa Almeria and Calida or listen online at costaalmeria.spectrumfm.net for the latest news and views from the world of satellite television.