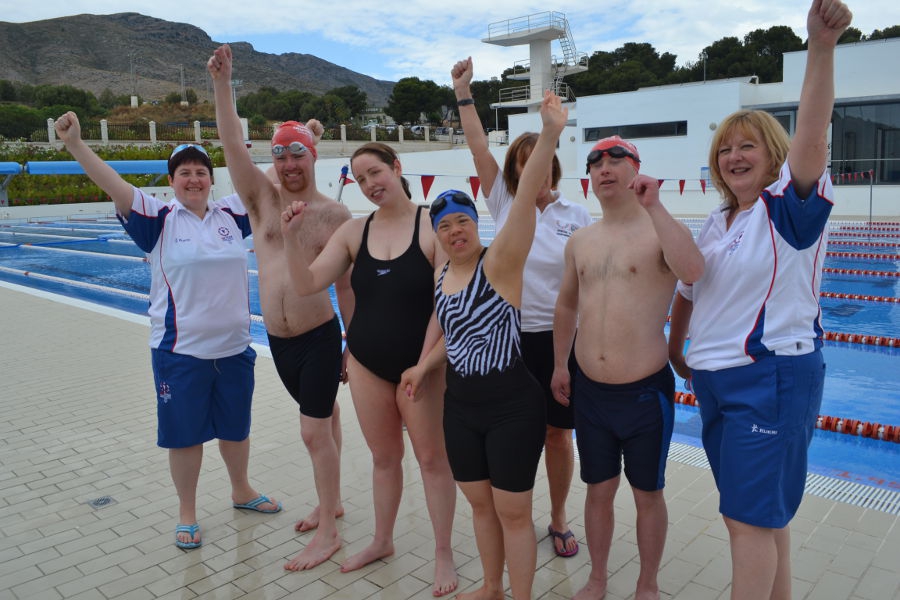 TEAM GB swimmers are currently in training for this year’s Special Olympics on the Costa del Sol.
The 2015 Special Olympics World Summer Games open on July 25, in Los Angeles, USA, where Jonathan Taylor, Mathew Allen, Michelle Moran and Corrina Bechett will be battling to bring home swimming golds for the UK.
The Euro Weekly News caught up with the team on Monday during their training sessions in Torremolinos, where head coach Yvonne Anderson was putting them through their paces.
“We flew in from the UK yesterday, and started training straight away,” she said. “We are using the Olympic outdoor pool here to help acclimatise the team to conditions similar to Los Angeles.”
President Barack Obama and his wife Michelle will open the games, which will feature competitions in aquatics, gymnastics, track and field, basketball, football and many other summer sports involving 7,000 athletes with intellectual disabilities from around the world.
One hundred and seventy nine competitors from the UK will be flying the flag across the pond this year, and the four national champions are “thrilled” to be representing Great Britain. “It’s a once in a lifetime opportunity for them,” Christine Taylor said.
Christine is 37-year-old Jonathan’s mother, who has a holiday home here in Calahonda, Mijas. “The chance to represent your country at Olympic level is something every athlete aspires to, these guys are so excited.”
Yvonne told us, “Each of the team is the best in the UK at their independent events.” Both Corrina, 32 from Orpington, Kent, and Michelle Moran, 25 from Edinburgh, won in their regional heats before gaining their respective national titles, and eventually going on to win British selection, as did Matthew Allen, 19 from Swansea, and Jonathan from Co Durham.
The Los Angeles Special Olympics is a world stage for our athletes to demonstrate on the playing field their courage, determination and spirit of sportsmanship.
The most recent World Summer Games were in Athens, Greece in 2011. The 2015 Special Olympics World Summer Games could bring as many as half a million people to the greater Los Angeles area this year. Among them will be Team GB’s swimmers, their family and friends, and the best wishes of the EWN. Go Team GB!