Information will win the wars 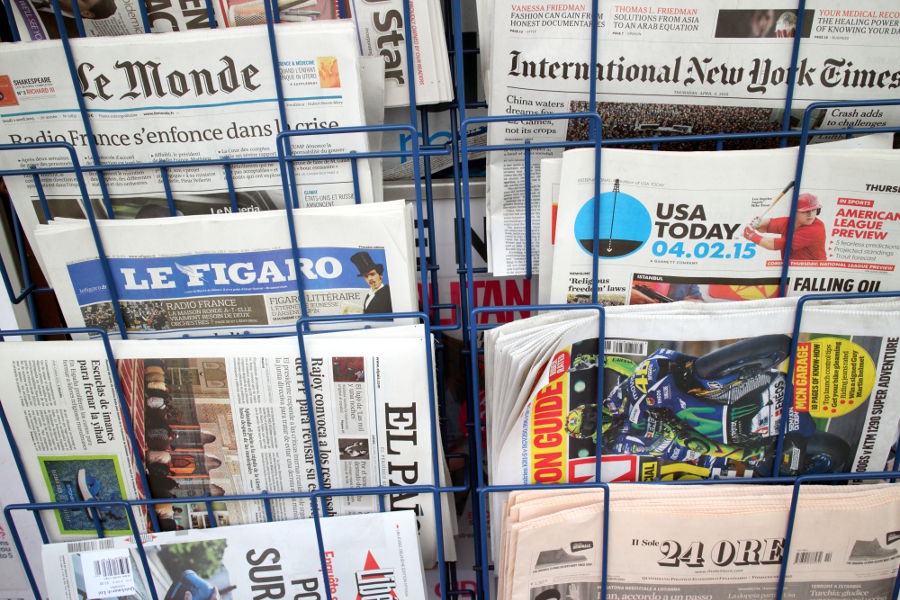 DAILY PAPERS: Are losing their readers.

USING online media I get 9/10 for identifying an American by his take on global affairs.
He thinks he has an opinion. No, he echoes the opinions of his mainstream media.
The US with 1,000 bases worldwide and currently involved in several conflicts is considered peaceful; Russia said to be the threat to world peace. My acquaintance watches only BBC and ITV.
Americans are influenced by 2,600 newspapers and magazines, 10,500 radio and television broadcasters and 2,400 publishers; all owned by just six corporations compromised and connected to the Washington DC political elite.
Recently, 10,000 news articles and 2.5 million social media messages bull-horned the same word pro-Obama narrative: There was no journalist source; it was merely an opinion of Mark Arabo, an Obama intimate.
Polls reveal that 77 per cent of Americans no longer trust corporate news. Fox News was found to be telling the truth only 18 per cent of the time. Corporate EU media is linked to its US counterparts. Western mainstream media has lost its relevance. Uniquely, the EWN increases readership by publishing politically incorrect opinion.
Corporate media has forfeited readership trust. Germany’s flagship Der Spiegel now has 15 per cent fewer readers. The Daily Mail lost 25 per cent of its readership since 2010 whilst other mastheads declined by as much as 50 per cent. The emergence of foreign more relevant and trusted media is likely to aggravate mainstream media losses further.
Thomas Sowell, American economist and political philosopher: “If people in the media cannot decide whether they are in the business of reporting news or manufacturing propaganda, it is all the more important that the public understand the difference and choose their news sources accordingly.”
Is there a solution to a worrying phenomena that turns people against people and nation against nation? Yes, study both sides of everything, read foreign media no matter how uncomfortable it makes you. Winning weapons in the next war will be information and education.
If someone calls you a Kremlin troll, is offended by your being political incorrect, mocks you for exposing mainstream media propaganda, you are a freer man than is you critic.