Irish get it right on gay marriage 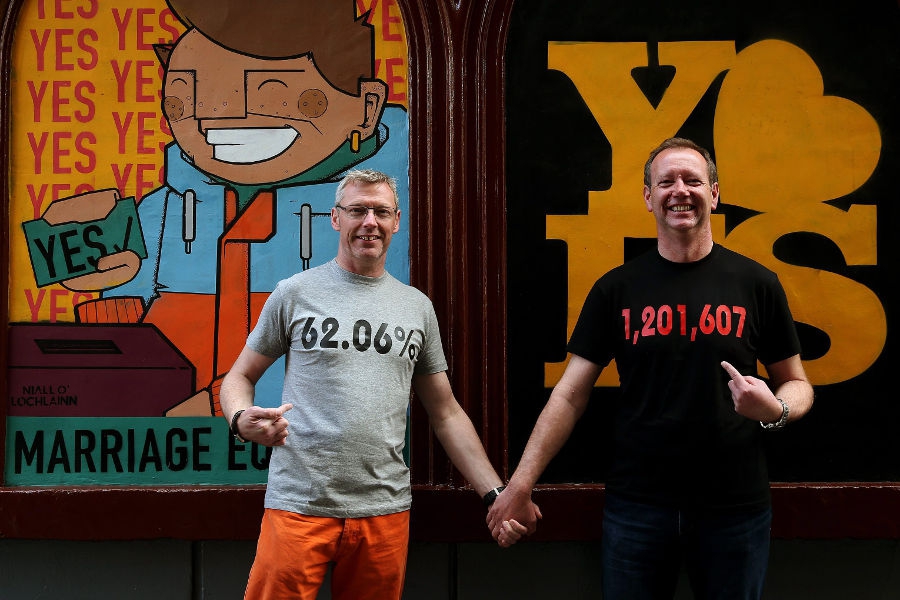 I FOR one was delighted by the Irish vote to sanction gay marriage. Having married two Irish ladies, I have been deeply involved with Irish traditions since falling in love with the colleen, who later became my first wife, when I was just 15.
My first visit to the ‘auld country’ was back in 1955. At that time, any suggestion of gay marriage would have resulted in deportation or an escort to the local lunatic asylum. Catholicism ruled the country in a grip of steel.
No one missed Mass on a Sunday morning or, in some areas, on any other morning. The priests were all powerful and virtually untouchable. Of course, we now know that the fact that they were unable to marry didn’t disturb many of them at all. The priesthood attracted gay men in droves. Unfortunately, it also attracted paedophiles and we all know the later scandals and revelations that emerged with the widespread child abuse practices, which ultimately brought an apology from the Pope himself.
The local populace were shaken to the core and indeed disbelieving, when all this scandal came to light, but in true Irish tradition have soldiered on and, despite of (or perhaps because of) their deep religious beliefs, have now accepted their gay community as complete equals in every respect. Well, all power to ye and may your minds continue to be as broad as your very capable shoulders.
Despite all this, however, I must confess I still find myself a little uncomfortable with same-sex couples having children. I know, I know, what sort of hypocrisy is that? It’s just that I have experienced a number of gay friends who have brought up children. Irrespective of the love they have undoubtedly felt for their offspring, because of the sheer nature of the situation, many of the children have become confused, attempted suicide or turned to drugs. I’m just not sure same-sex parents give children the strongest of starts in life. I’d be interested in your views, but please don’t hit me with the children of gay millionaires, I’m talking about the ordinary family who live down the street. Those who don’t have the opportunity to substitute Mum and Dad with a life of privilege. I await the slings and arrows.
Keep the faith,
Love Leapy,
[email protected]
www.leapylee.co.uk