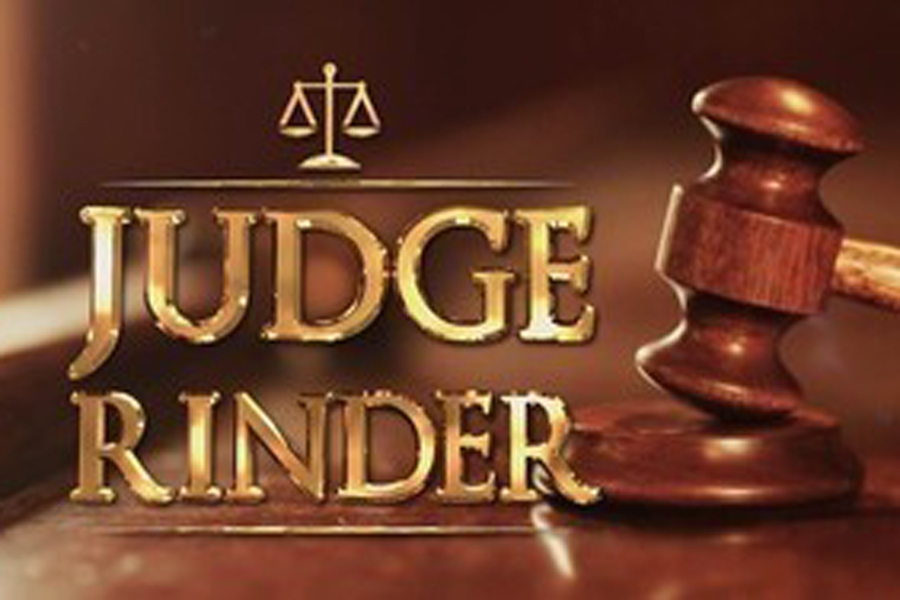 IT has taken British daytime television by storm and its success may see others follow suit. The Judge Rinder Show is unashamedly a duplicate of the hugely successful American show Judge Judy but, given the success of that show, it is more surprising that it has taken British television producers so long to bring their own version to screens.

Over in the States, Judge Judy is currently in its 19th series – she has presided over 5,328 episodes, which currently attract a daily average television audience of around ten million. She must also be the best paid judge in the world, earning a reported $45 million-per season.

As Robert Rinder approaches his first anniversary as a television judge, the reception couldn’t be warmer. Back in March the show signed a lucrative sponsorship deal with the Patient Claim Line – experts in the field of medical negligence. Attracting sponsorship is always a good indicator that a show is going in the right direction. While an appearance on the hugely popular Ant and Dec’s Saturday Night Takeaway garnered controversy, none was aimed towards the judge, and if anything it has boosted his profile even further – the show attracted six million people for its 12th season (2015). And just when you think Judge Rinder had enough publicity, he was named by Benedict Cumberbatch – one of the hottest properties in the acting world right now – as his best man. The two have been close friends since attending Manchester University together.

In short, Judge Rinder is going nowhere, and nor should it. Considering that Rinder is actually a trained barrister with a bevy of meaty cases under his belts, it is of little surprise that his articulation and stage presence is commendable. He is very much a natural behind the camera. You would have thought he had been in the entertainment game for quite some time upon tuning into his show for the first time.

Moreover, thanks to his undeniable intellect, he is sharp to the point of cutting, ridiculing his cases with a brutality that you cannot help but enjoy. The classic example is his first ever case, saying to a disgruntled bride, who has accused her wedding photographer of ruining her big day by turning up inebriated, that she would ask for ketchup at the last supper.

The people behind Judge Rinder know exactly what type of show it is. It is never going to garner a BAFTA nomination but it has developed a cult following that is steadily growing as the Judge grows in stature. Daytime television needs light relief shows like this. While it certainly is not ground-breaking it is great fun, something that too many critics are quick to forget. If it makes people happy then it deserves a television spot. There can be no two ways about.

Will the apparent success of Judge Rinder see more “judges” find employment in the entertainment world around Europe? In theory, yes. These shows require minimal input to create and have a proven track record of attracting eyes. Simple economics makes the format a no-brainer!