Can you aid journalist’s quest to reunite Nerja photo gems with owners? 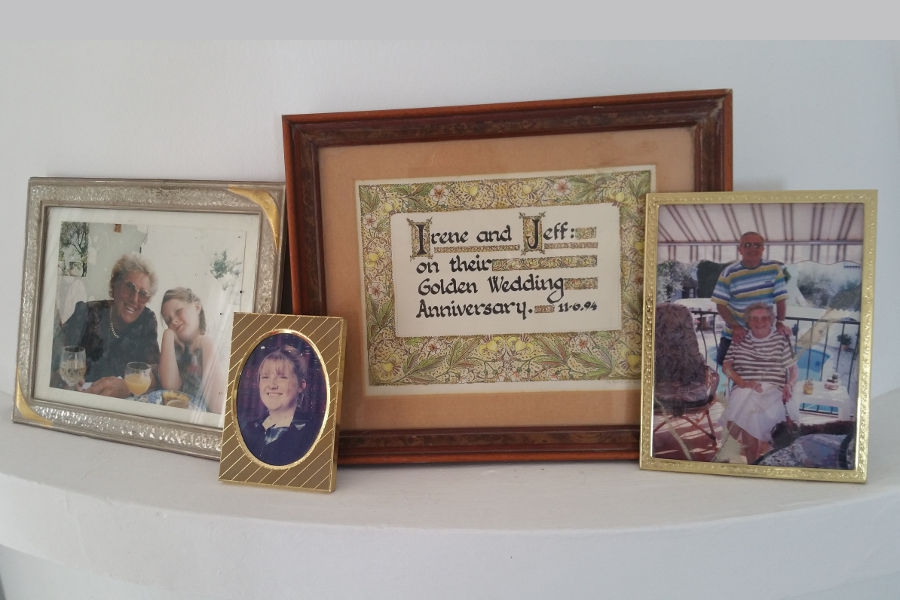 LIVING life in Spain is a wonderful retirement for many expatriates, or indeed it can be a joy to spend your working life bringing up children here. One of the few drawbacks might be having to move away from family and friends back home. Unfortunately, sometimes this sees families drift apart or friends being lost over the years.
Although it’s not an issue we like to think about every day, occasionally something happens that strikes a chord, and reminds us that families and their ties, while being strong, can also be fragile and fleeting.
One such episode happened to Rowan Hand. The retired Irish journalist from Capistrano Village, Nerja, happened across what appeared to be a couple of old photographs that had been discarded after a house clearance. “It seemed such a pity that part of a family history should end up on the rubbish skip of life. It just wasn’t right,” he said.
After a while of sorting through the treasure chest of family memorabilia littered about the skip, the retired BBC editor began to piece together a family’s photographic history spanning some 90 years.
He decided at that point to try and reunite the irreplaceable life history in his hands with any existing members of the family. “Somebody must know who they are.”
Rowan told the EWN: “There are pictures of an English couple and their Golden Wedding illuminated scroll – and that’s how we know their names: ‘Irene and Jeff on the occasion of their Golden Wedding Anniversary 11/6/94.’
“So doing the sums, and assuming they married at say 25, the Golden Wedding anniversary is 50 years down the road bringing them to 75, and then 21 years from 1994 until this year. It is very possible that Irene and Jeff are now passed on. If not they’d be 96.”
Collecting the main items and taking them to the safety of his home, he embarked on a quest. Being a former current affairs broadcaster and media man, his first port of call was the Euro Weekly News. He said: “It struck me that there is a message in this simple find. The beauty and happiness of the moment can dissipate, disappear, happiness lost and gone forever. It puts things in context and lets us know that all things are transient.”
He concluded: “I thought it would be a grand thing to try and repatriate the images to their family and in the meantime I have given them a place of honour on my fireplace in Nerja. I’m the father of five children, 17 grandchildren and two great-grandchildren, so I know something about the importance of family values and memories.”
Rowan can be contacted at: [email protected]