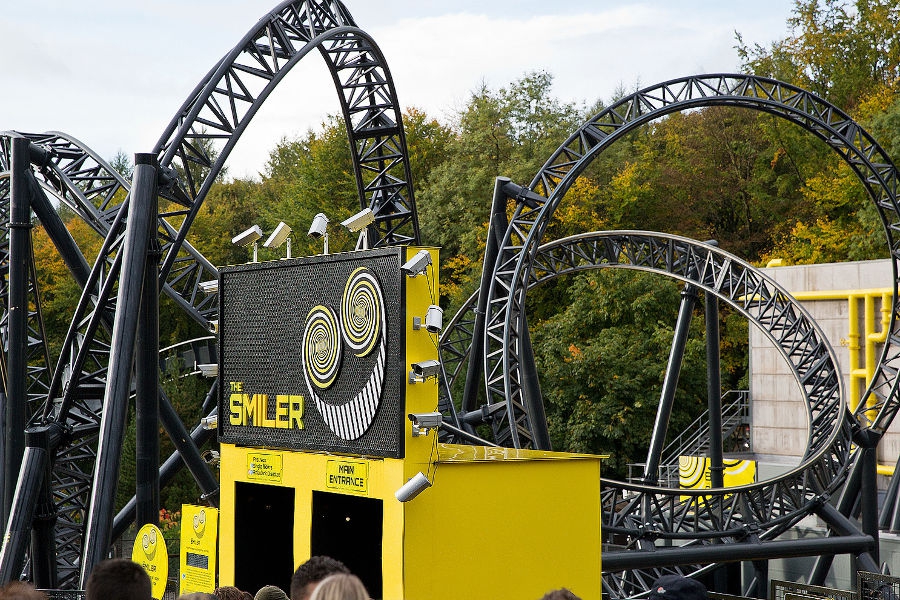 A ROLLERCOASTER, known as the Smiler, has crashed into a second empty carriage at speeds of up to 50mph at Alton Towers today. Four teenagers have been seriously injured in the freak accident.

Witnesses confirmed that park bosses had sent out empty carriages to test the ride before the 16 people involved in the crash went on the ride. The occupied carriage smashed into one of the test carriages, which stopped on a low section of track, causing the head-on collision.

Rescue teams are doing their best to free those who are said to be 25 feet up in the air at an angle of about 45 degrees, out of the ride.

Witness Ben Richardson, 18, said: “I was just sitting nearby and a carriage that had got passengers in started off even though there was an empty one stuck on the track.
“It looked like it was sent out as a test and this carriage with people on went out and smashed into the back of it.
“The one with passengers had just come out of an inversion so it was like a horrific high speed car crash.
“I saw it all, there was a huge bump and when they came together they both crumpled because it was metal-on-metal at a high speed.
“No-one got thrown out, it was too far to see injuries but definitely they would have all had very bad whiplash at least. The passengers were screaming and people nearby were running over.
“The Alton Towers staff quickly moved people away from the area so we haven’t been able to go anywhere near it since.”
Mr Richardson, who was at the park with his girlfriend and her parents, said they were informed that the £18 million ride was experiencing ‘technical issues’ earlier in the day.
He added: “We went on it first thing this morning. When we were queuing they said they had a few technical difficulties.
“It stopped for about 10 to 15 minutes but then it was back up and running again. Obviously you feel for the people hurt and injured but we had a very lucky escape.”