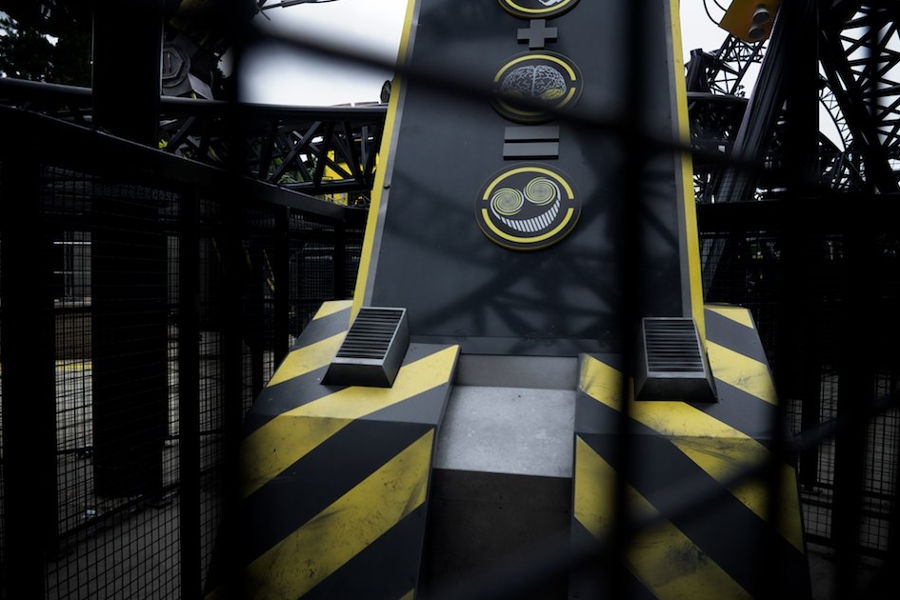 Excited park goers boarded the Smiler rollercoaster, which holds the record for having 14 inversions, however, soon into the ride, a carriage carrying 16 people crashed head on into an empty test carriage at 50mph, injuring four people.

According to eyewitnesses, it took 10 minutes for staff to get to those injured on the rollercoaster. Two men aged 27 and 18 and two teenage girls aged 19 and 17 were airlifted to hospital, having been left with serious leg injuries and one of the aforementioned victims is reported to have lost a leg in the unprecedented incident.

Passengers were left 25ft in the air, at a 45-degree angle and for some the ordeal took a gruelling four hours, with the evacuation not complete until 6.35pm.

Lucy Walters told the BBC: “Me and my friends were stood opposite the ride and after the collision two cars seemed to be meshed together.
“Obviously the people within the cars were terrified and screaming and shouting at us for help because we were so close to them. It was a good ten minutes before a member of Alton Towers staff arrived.”
She said that by that time “blood was beginning to drip down onto the floor below.”

Park-goers spoke with anger as it was revealed that the ride continued to operate yesterday, despite a encountering a series of faults.

Josh Pilling, 20, said: “There had been all sorts of problems with the ride. It kept stopping and starting and people were getting sick of waiting.
“Then suddenly they sent out a carriage full of people and it stopped halfway up a loop.
“Suddenly it started again and went headlong into the stationary carriage at the bottom with an ear-splitting crunch.
“People were screaming and crying. They should have shut it down and got engineers in. I’m just shocked it could happen.
“Anyone with a pair of eyes would have known not to let the carriage with people head down the loop when there was clearly an obstruction.”

Alton Tower’s Nick Varney, chief executive of Merlin Entertainments, assured the BBC that rescuers were at the scene “within minutes.”

He continued: “At this moment in time I just thought it (closure) was the right thing to do yesterday. It was an unusual and very tragic accident.

“Today we will take… a more measured view of what was going on and whether it was specific to just the Smiler and take a view about opening Alton Towers.
“I and the whole team are totally devastated by what happened yesterday.”
He said the two carriages “should not have been on the same piece of track.”

He added: “The Smiler is a relatively new ride, all rides have teething problems when they open. Guest safety on those sorts of incidents is not really a major issue in the sense that when you’re on a rollercoaster car, the car can’t come off the track and you are restrained in the seats.
“When you have a glitch and the ride stops, it’s not really an issue of safety to the riders.
“What happened yesterday is something that there are other fail-safes for. There are other braking locks that should stop two cars being on the same track, but that didn’t work the way it was supposed to.”

Today saw the theme park close its doors while official investigations get underway.