A positive step on the way to recovery 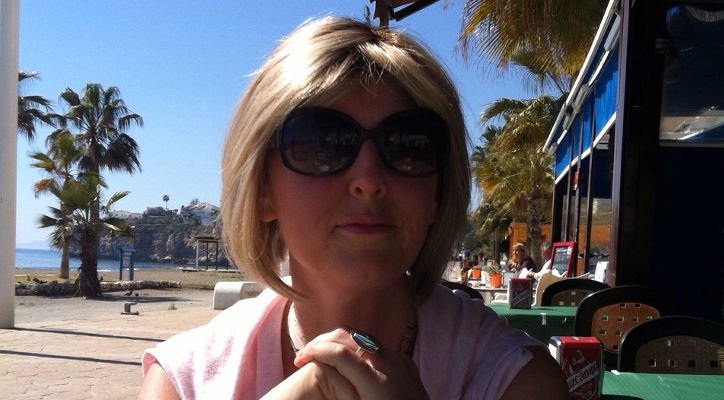 AT last I have started radiotherapy which is a very positive step. It seems as though I have been talking about it forever and now at least the wheels are in motion.
I have been smearing Sativa cream on the area to be radiated like it’s going out of fashion. I was told that with skin like mine I’d have to apply it at least three to four times a day to moisture myself sufficiently to handle the side effects of radiotherapy.
I started the treatment on June 2 at the Carlos Haya Hospital in Malaga. My appointment with the nurse was in the evening. I went along and went to the basement of the hospital and waited to be called.
On the dot of my appointment my name was called out. I spent half an hour with the specialist nurse who explained the possible side effects which were mainly sore and dry skin and fatigue.
He also went through a series of health questions and asked me how I felt emotionally after my mastectomy and chemotherapy.
Then I was called in for my first session. I was asked to strip to the waist and put on the typical green gown! This I was told to keep and bring with me for every session. Then into the radiotherapy room I went. I was asked to lie down and then raise my arms above my head and hold a bar. I had to incline my head to the opposite side of the area to be treated and stay absolutely still.
It took them a while to move me into the correct position as they had to align everything with the markings on my body to ensure they radiated the correct area. Once this was done we started.
The machine, a giant robot, moved around me making funny noises. It didn’t hurt but I was relieved when I got the instruction to relax my arms because I had the itchiest nose ever!
By the weekend I will have had four sessions of radiotherapy and so far so good. I will have 15 in total and we shall see how I feel at the end of it all. For the moment it is the weekend so I get to rest and start the next sessions from Monday to Friday.
On a positive note it was lovely to bump into lots of people that I had met during my chemotherapy. It was great to see the smiles on people’s faces and the hair on heads!
A sense of optimism pervaded as we could all start to see the light at the end of the tunnel.

Share your story with us by emailing [email protected]klynews.com, by calling +34 951 38 61 61 or by messaging our Facebook page www.facebook.com/EuroWeeklyNews