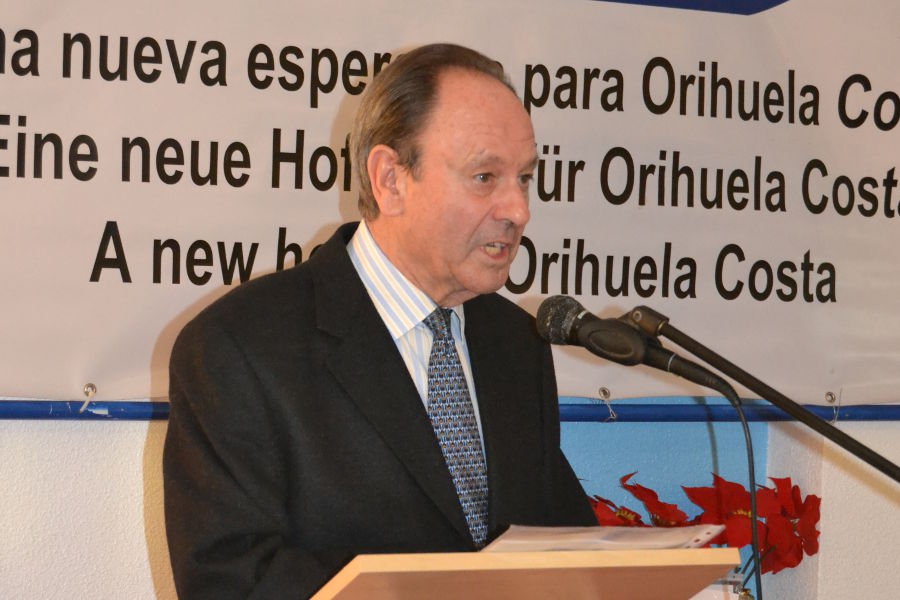 CHALLENGE: Bob Houliston’s CLARO is preparing a petition against possible electoral fraud on the Orihuela Costa.

CLARO political party are drawing up a petition against the voting process in the recent elections on the Orihuela Costa.
Head of the party, Bob Houliston, said there was confusion in the description of the voting centres on the voting cards informing registered voters where they should vote.
“The Playa Flamenca Town Hall (Ayuntamiento) and the Reading Point in Lomas de Cabo Roig were described respectively as Oficina Municipal Playa Flamenca and Centro Municipal Orihuela Costa,” Houliston said.
He added: “If the town hall had been called Ayuntamiento this would have helped avoid confusion but nobody knows the Oficina Municipal Orihuela Costa and it would not have helped much by calling it Reading Point, as this is also little known.
“The basic mistake is to use as one of the three polling stations a little known, unobtrusive building six kilometres from the main population centre of Orihuela Costa. More confusing were the boundaries, which had changed radically since the local elections in 2011.”
CLARO said the result was confusion and inconvenience on a large scale, especially for the hundreds of people who, in order to vote, were supposed to travel some six kilometres from where they live and where they had voted in the past.
“Why all this unnecessary hassle when other public buildings in the central Playa Flamenca area could have been used?” Houliston asked. “In a democracy, it is the responsibility of the local government to facilitate the vote of its residents, not to obstruct it,” he said.
Hundreds of complaints were made by voters to those from various political parties on official polling station duties in the Playa Flamenca office of the town hall and the civic centre, especially by those supposed to vote in the Reading Point.
Bob added: “CLARO is determined to challenge what may have been electoral fraud. We will do so not because the confusion and obstacles to voting almost certainly cost the coast a directly elected CLARO councillor (we were only 50 votes short of success).
“It is too late to change that. But there will be a next time and we cannot allow the legal, democratic rights of those living in Orihuela Costa to be abused.”
Anyone wishing to sign the CLARO petition can email [email protected] gmail.com or leave your name and contact details in the CLARO mailbox in the Asturias Restaurant on the N-332, Punta Prima.