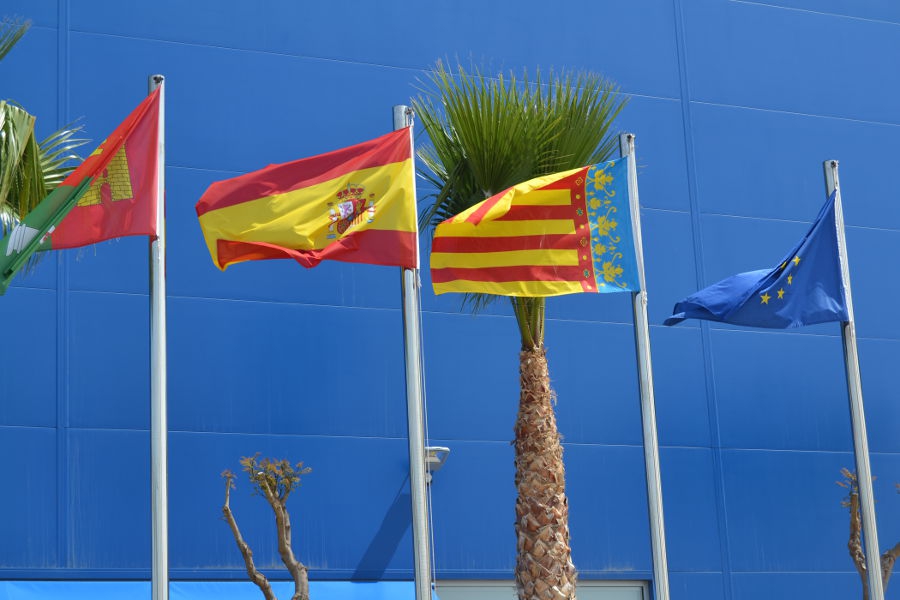 ALL CHANGE: Mayor Eduardo Dolon of Torrevieja is one of many PP mayors to lose their position

PACTS and coalitions have been formed and new mayors have taken up their positions in town halls across the region as a new legislature begins full of changes and new faces.
The rise of left formations and platforms from citizen movements represent a weakening of the ruling PP (centre-right), which until now had ample power, losing many majorities in the elections on May 24, including losing the Valencia regional elections.

Alicante
The PSOE’s candidate, Gabriel Echavarri, has been sworn in as elected new mayor of Alicante City, forming alliances with Guanyar Alacant, Ciudadanos and Compromis, thus ending the PP government that had been in place since 1995.
Echavarri has promised a “clean city, without inequalities” and to be “open and honest.”

Torrevieja
After 27 years of continual management by the PP party, Torrevieja has a new mayor. Jose Manuel Dolon of the Los Verdes (Greens) party has been invested with the support of the 14 votes of PSOE, Greens, Sueña Torrevieja, APTCe and IU, plus Ciudadanos, which does not enter the municipal government.
The two council seats won by the Ciudadanos were crucial in the future of the PP and after two weeks of negotiations, it was reported that they would support the opposition parties, despite not entering the government themselves, according to the guidelines received from the direction of its party and considering that 62 per cent of residents who exercised their right to vote on May 24 did ask for a change of government.
Outgoing mayor, Eduardo Dolon, was cheered and applauded by supporters as he left the town hall.

Orihuela
The PP’s Emilio Bascuñana has just been elected mayor of Orihuela. The party received the most votes but not enough to retain a majority number of councillors within the town hall, winning 11 out of the 25 seats, and will rule in a minority and will seek specific agreements with the other forces.

Elche
Carlos Gonzalez is now mayor of Elche. The Socialist has been invested with the votes of his PSOE party (eight), the Compromis (four) and Ilicitanos by Elche (two), with whom he has formed the ruling tripartite government.
In his speech, the new mayor underlined his commitment to work towards “promoting and managing a plural and progressive government that is able to meet the challenges of the municipality.” He also thanked the efforts made by the PP in the last four years with outgoing PP mayor, Mercedes Alonso, thanking the people. She showed a willingness and commitment to collaborate with the new government to “work together.”

Albatera, Cox and San Miguel de Salinas are also amongst the towns that have evicted PP rule.
With the PP still receiving the most votes of any party in most cities and municipalities, in many cases it was not enough to get the majority and other parties have formed alliances to remove them from power, something Isabel Bonig, spokesperson for the PP, said “makes a mockery of the people. It has violated flagrantly the will of voters.”
Speaking after the new mayors were sworn in she said: “Ciudadanos and PSOE have taken a very dangerous decision.”
Bonig thanked the former popular mayors for the work they had done and encouraged everyone to “continue working together for the future of all Valencians.”