Mayors set up their stalls for the next term 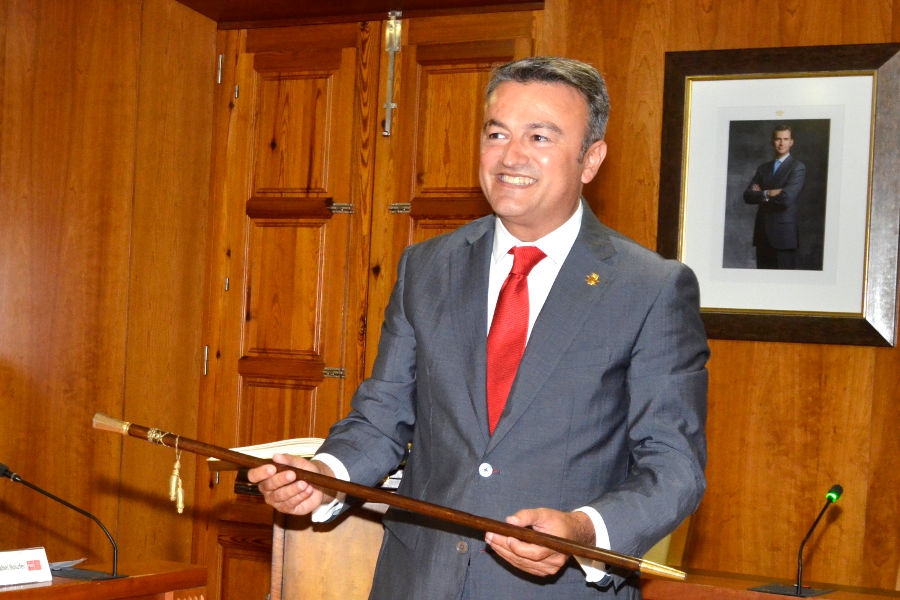 JAVEA’S MAYOR JOSE CHULVI: One of the few newly sworn in mayors to achieve a clear majority.

ALL over the region new mayors have been sworn in, sharing their plans for their municipalities for the forthcoming session. As few councils delivered a clear majority the new mayors are likely to face four years of negotiations to get legislation passed.
One of the exceptions, Javea’s José Chulvi, leader of the previous coalition, was welcomed back to lead the council, his PSOE party taking 14 seats at the local elections with a clear working majority. Chulvi said he would continue to put the people of Javea first, promising to continue the transparency policies of the last session.
L’Alfas del Pi also returned a majority for Vicente Arques of the PSOE, who will lead the council for another four years, pledging to work with the other council members for the benefit of the municipality.
In Ondara there will be a joint tenancy of the mayoral position in coalition. Zeus Serrano of the Compromis party will be mayor for the first two years with Isidro Catalan of the PP taking the tenure for the last two. This will present a fragile situation as both parties will need to work together closely to avoid a stalemate.
Benidorm’s new PP mayor Antonio Perez’s party won eight seats. He promised to work alongside other parties to ensure Benidorm’s continued prosperity.
Juan Francisco Perez of the PP was invested as mayor of Finestrat, stating that he wished to strengthen ties with business and from that initiative to generate employment and investment in the area.
Juan Bautista Rosello of the PP was returned as mayor of Benissa. He said: “Cooperation between all the parties is necessary for the benefit of Benissa.”
Teulada-Moraira mayor Antoni Joan Bertomeu Vallés of the PP said that the council would continue to embrace multinational cultures, pledging further protection for the beautiful natural environment for which Teulada-Moraira is famous.