A double triumph for Ashya and his family 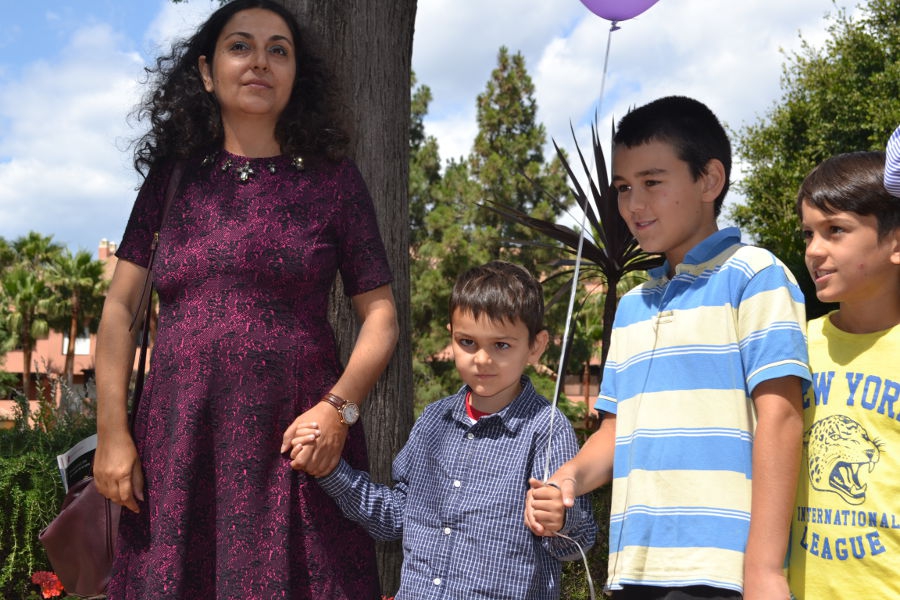 ASHYA KING, the six-year-old British boy who hit world headlines when he was taken from a UK hospital by his parents without permission, has celebrated the news his brain tumour is in full remission.
A manhunt was launched after a European arrest warrant was obtained for his parents Brett and Naghemeh King as Southampton Hospital authorities sought to have Ashya returned to their care.
The family were finally traced to a hostel in the Axarquia with the parents being arrested and Ashya taken to a Malaga hospital. Brett always maintained he had removed his son to take him to Prague for specialist treatment not available in the UK. Now that decision has been vindicated with the news that Ashya is well on the road to recovery.
Ashya, and over a dozen other children, all patients at the HC International Hospital in Marbella, where Ashya has been completing his recovery after proton beam therapy in Prague, held a party to celebrate the news.
Dr Hernan Cortes Funes, director of the hospital, said: “To see Ashya walking and talking now is a great triumph. When he came here at first he was just still and silent, he could hardly move at all, this is a great day.”
Whilst Ashya and his mum enjoyed the festivities and clown show, Brett told the Euro Weekly News: “It was the right thing to do, I’m glad we did what we thought was right for Aysha.”
Brett glanced over at the laughing children: “Look at him now, happy and enjoying the day.”
He went on to say that children don’t relate to pain and suffering, all they understand and want is love and happiness.
“If we had stayed in Southampton, it’s quite possible he wouldn’t be here today,” he said.
“We need to look toward new technologies for curing cancers, radiotherapy and chemotherapy have been around since the 1940’s or 50’s.”
Dr, Hernan Funes said: “This is not only a personal triumph for Ashya and the King family, but has highlighted the need for Proton beam therapy as an effective alternative that doesn’t have the same long term after-effects as traditional treatments for cancer.”
“As a result of Ashya’s plight, the UK and Spain are now looking into having Proton beam therapy in their respective countries, that’s another triumph,” he said.