Pie and peas off the menu for Real Sociedad 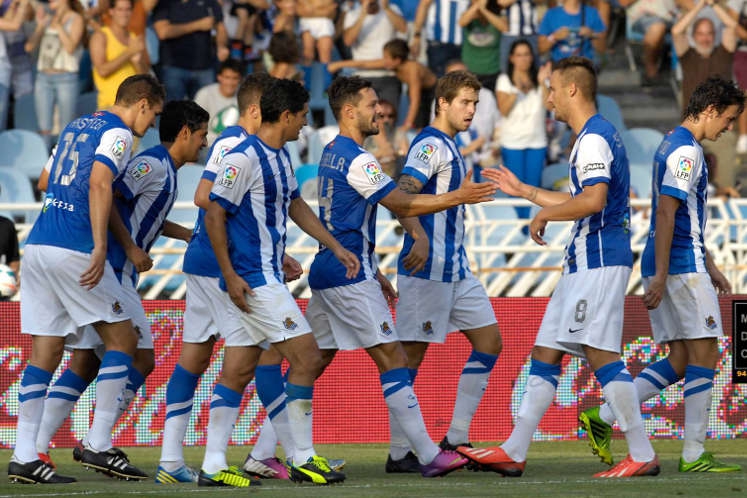 PIE AND PEAS are off the menu for players of La Liga outfit Real Sociedad – despite boss David Moyes initially pencilling in a pre-season friendly fixture against his former club Preston North End.
And instead of tasting Lancashire delicacies – such as pie and mushy peas – Real Sociedad players will have to do with a Chinese take-away!
Newly promoted Championship side Preston North End are looking to add another friendly to their pre-season schedule at Deepdale in July – with Real Sociedad now heading to China for a tour.
Moyes, who still owns a multimillion pound mansion in Hoghton, Preston, Lancashire, was in charge at Deepdale during 1998-2002.
Moyes moved to Preston in 1993, from Scottish club Hamilton Academical, and became player manager at The Lilywhites, making 143 appearances for the club.
In the 1998-99 season Moyes guided Preston to the second division title. And in 2001 Moyes took Preston to the Championship play-off final losing 3–0 against Bolton – thwarting him of Premier League status.
Despite Moyes signing a new five-year contract with the club he left Deepdale in a move to Everton in 2002.
Moyes was appointed Manchester United manager in 2013 – replacing Sir Alex Ferguson. Moyes moved to Real Sociedad last November, after his Old Trafford exit, joining the Basque club, six months after his ill-fated reign at United.
Moyes has retained close roots with his beloved Preston North End, and was at Wembley Stadium to watch The Lilywhites’ in the League One play-off final 4-0 win against Swindon Town in May.
“I had plenty of opportunities before I went to Spain to stay in England, and I had made a decision that I would go and work in Spain,” said Moyes.
Moyes, 52, added: “I wanted to try something different, wanted to try new culture, work with different players and see how La Liga works. I’m really enjoying it. It’s a great club, I’ve had great fun as well.”
Real Sociedad will meet Celtic in a pre-season friendly on July 10. Glasgow-born Moyes played for Celtic during 1980-83.