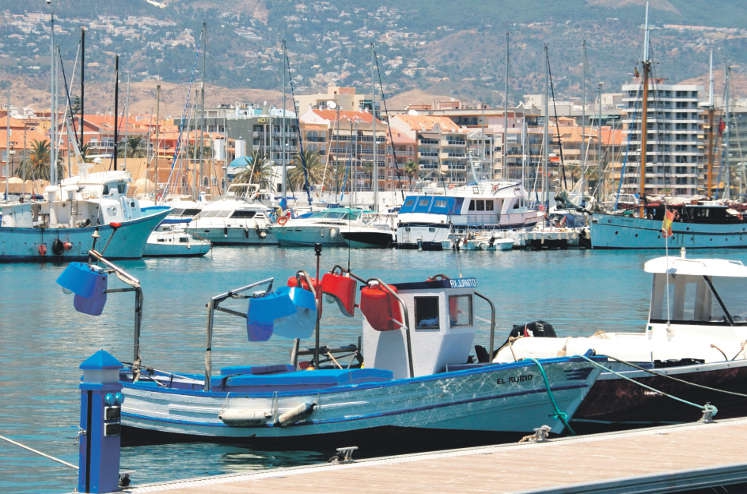 FUENGIROLA: Where his spacious offices were situated.

WHEN notorious timeshare bogeyman, Toni Muldoon, appeared before Ipswich Crown Court in 2013, he was handed down a seven year, five months sentence. His despicable crimes were committed mostly but not exclusively on the Costa del Sol.
The trial, which had scores of witnesses, including 35 Trading Standards Officers, lasted 11 weeks. The court heard sordid details of how Muldoon and his cronies duped 17,300 innocent investors.
From spacious offices situated in Fuengirola the master conman is said to have netted €6.6 million. The true number of victims, and the amount of loot squirrelled away by Muldoon and his henchmen, will never be known. When Muldoon plundered people’s bank accounts he did so on an industrial scale. Many were involved, some were innocent, others collaborators.
The crook boasted: “I am the most successful time share scam artist on the Mediterranean.” Such was his audacity that Muldoon later set up a company that charged substantial fees for investigating timeshare scams his company had committed. The timeshare scam was only one part of an empire built on deception.
Muldoon ran escort agencies, boat trips and much else. Part of his cockiness was due to his belief that he was untouchable. Self-delusional, he had been arrested, charged, and sentenced for several crimes, and a lengthy period in jail earlier in his life for a vicious assault.
Now, Muldoon’s confessional as a master conman has been published on Amazon Books and Kindle. When I interviewed him Muldoon was self-effacing; extraordinarily candid. When I asked Muldoon why he was so freely spoken on matters that could earn him lengthy sentences, he merely shrugged.
Muldoon’s candid revelations reveal a colourful life of pilfering, fraud, violence, deceit, and illicit affairs. Had Muldoon reached a point in his life when he felt the only way to face his creator was to face up to his past?
Due to be released in 2016, tourists and residents of Costa Spain will be looking for more than sunshades to take cover under when Muldoon returns. It can only be hoped that prison taught him a lesson rather than taught him new tricks.