45 years for killing prostitutes on the Costa 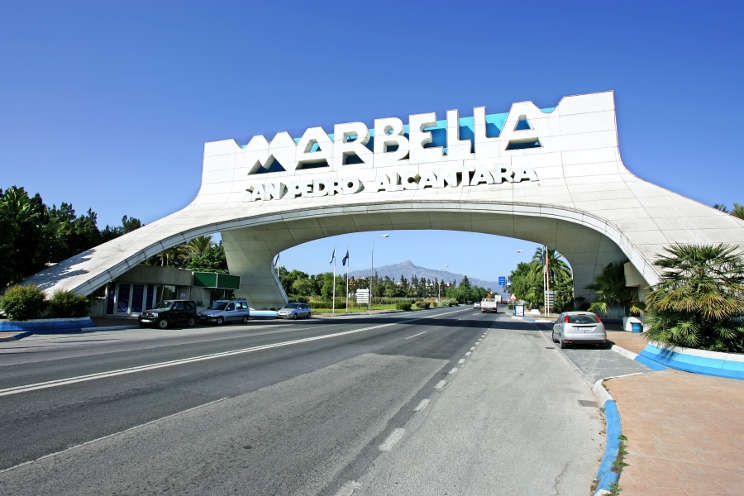 A MAN has been sentenced to 45 years in prison for murdering two women on the Costa del Sol.
Both victims had been repeatedly stabbed and forced to reveal their credit card PIN numbers.
The investigation began in 2011 following the murder of two prostitutes on August 10 and September 10 in Calahonda and San Pedro de Alcantara.
The Spanish media dubbed him the ’10 killer, and the 42-year-old was arrested 44 days into the investigation.
He confessed that he had contacted the victims by phone after seeing their adverts in the personal section of a local English language newspaper.
The arrest occurred at a gym near his home in Fontana Beach, Riviera del Sol, just one kilometre from the first victim’s house. Despite conflicting reports about his nationality – he allegedly had forged Irish, French and Italian passports – he was identified as Abdelkader Salhi, from a Moroccan father and German mother, who had lived in Spain since 2007.
At the time of his arrest, he was using a forged Irish passport under the name of Martin Sparitt.
Salhi was charged with murder, aggravated robbery, identity theft, fraud and document forgery.
Police discovered he had served time in prison after being sentenced to 18 years for the 1988 death of a woman during a robbery in Germany.
Investigators believed he may be responsible for other unsolved murders elsewhere in Spain. He was charged with the murder of another woman but there was insufficient evidence that he was the killer.
Salhi said he met the victims several times to gain their confidence before killing them, he maintains he only intended to rob them, but that “things got out of hand.”
The first victim’s name was Susana, originally from Argentina but with Spanish nationality. The 45-year-old was killed in the apartment she was renting at the Complejo Alhamar in Calahonda, and was found by her son the following day.
She had a pillowcase around her neck and a pillow had been placed over her face. She had also been stabbed 17 times. Her credit card had been stolen and so had her mobile phone, but the SIM card was left behind.
The second victim was Maryuri Alice, originally from Ecuador but also with Spanish nationality. She was 47, and was killed in the apartment she shared with other women in San Pedro de Alcantara.
She had been stabbed 13 times, and her credit cards and mobile phone had also been stolen, along with €100. In the second crime, he took the knife with him, but after the murder, he cleaned it and left it in a kitchen drawer in the victim’s house.
The knife was bent from the force he had used. Both women were found dressed, although both had had sex with their killer leaving forensic evidence at the scenes of the crimes.
In both cases €1,000 was withdrawn from the victim’s accounts just hours after the murders by the killer’s Moroccan girlfriend. She was arrested but he claims she had no idea where the credit cards came from.
Her mother, who was found with the first victim’s mobile telephone, was also arrested.