Chancellor delivers his ‘budget for workers’ with living wage 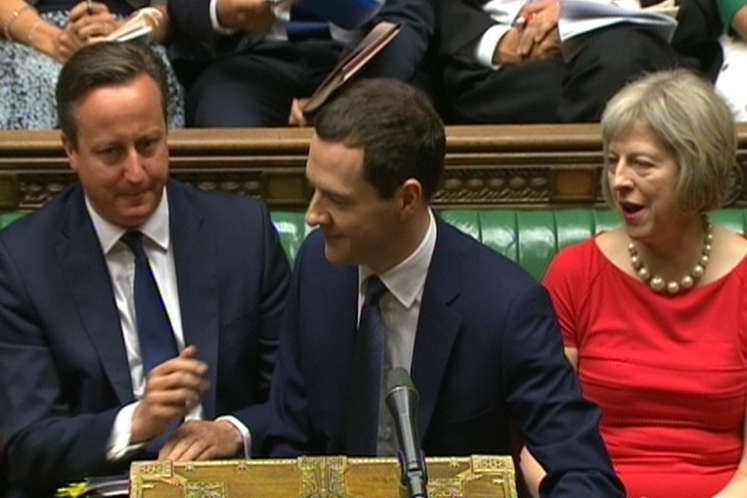 THERE were Greece-inspired anti-austerity protests across the UK as Chancellor George Osborne delivered the first budget of a majority Conservative government in 19 years. It was a budget that delivered some stringent cuts to welfare, but with a surprise announcement of a national ‘living wage,’ the chancellor portrayed it as a ‘budget for workers.’

And of particular interest to some who share their residency between Spain and the UK, the chancellor said he would abolish the permanent ‘non-dom’ tax status. People will still be able to claim ‘non-dom’ tax status, but it will be more difficult to do so as it will no longer be applicable to anyone who has lived in the UK for 15 of the past 20 years.

The new living wage, to be enforced by law as the minimum wage is now, will only apply to workers over 25, and the figure is lower than that called for by the Living Wage Foundation, who have been campaigning for £7.85 per hour.

Amongst other features of Osborne’s budget was an estimated £12 billion cut in welfare spending, coming from measures which include a four-year freeze on benefits for people of working age, a limit placed on tax credits, which will be restricted to claims for two children per family, applied to children born after April 2017, and a ban on people aged between 18 and 21 claiming housing benefit.

It wasn’t a great budget for young people, with student grants in England, currently payable to those from low-income families, also scrapped and replaced by loans.

The chancellor also introduced plans to cut corporation tax to 18 per cent by 2020, freeze public sector pay, and increase the threshold for inheritance tax to £1 million for married couples.

Osborne said it was, “a plan for Britain for the next five years to keep moving us from a low wage, high tax, high welfare economy; to the higher wage, lower tax, lower welfare country we intend to create.”