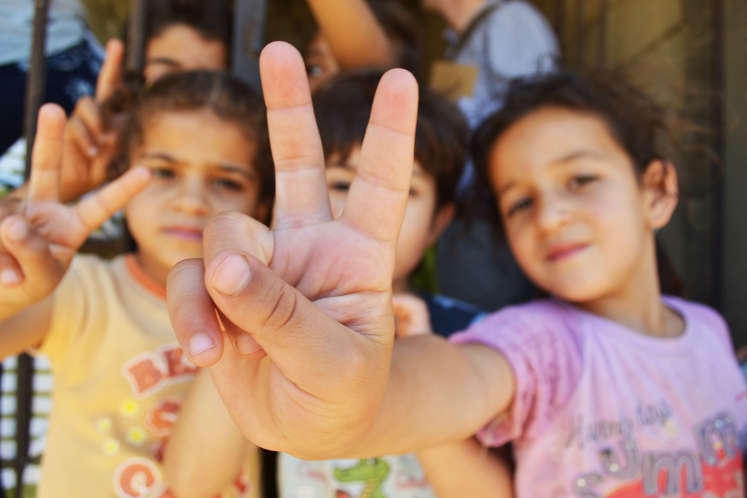 THE number of refugees who have fled the war-torn country of Syria to seek safety in neighbouring countries now tops four million, according to figures released from the UN on Thursday (July 9). The refugee crisis now stands as the worst in a generation and the numbers of Syrians on the move are increasing and even for those lucky enough to find refuge, conditions are far from ideal.
Antonio Guterres, United Nations High Commissioner for Refugees (UNHCR), highlights the seriousness of the dilemma: “This is the greatest population of refugees from a single conflict in a generation. It is a population who needs the world’s support, but instead they are living in shameful conditions and rapidly sinking into poverty.”
Turkey is one of the countries with the highest number of Syrian refugees, taking 45 per cent of the population (1.8 million) with 24,000 Syrians entering the country in June alone. Other countries in the region take their share too. Lebanon has 1.17 million, Jordan 630,000, Iraq 250,000, Egypt 132,000 and a further 32,000 across other North African countries. Meanwhile, in the last few days, thousands of refugees hoping to enter Turkey have flooded into the border town of Akcacale in Sanliurfa province, making the situation even more intolerable.
Within Syria itself, the conflict is also creating a mass of internal refugees – citizens who have been forced from their homes due to the war – now numbering over seven million, with many in inaccessible locations where humanitarian organizations cannot reach.
External refugee numbers have jumped massively from three million to four million in only ten months with worsening conditions in Syria forcing people to take to the seas to Europe via Turkey to the Greek islands.
According to UNHCR, a lack of funds to provide for the basic needs of this population is making the situation worse, with refugee camps being unable to cope with the massive influx. Only a quarter of an estimated $5.5 billion (nearly €5 billion) needed for provisions of food, other necessities and reconstruction has been made available so far this year.
Attempts at a political solution have not been fruitful either, with Russia and the west’s dispute over the future of Syrian President Bashir al-Assad adding to the stalemate.
Children and families from Syria bear the brunt of this conflict, lacking food and other provisions, basic health care and education and children are often forced to work, beg or be married off to survive.