Good, bad and the deceitful: fancy doing a Reggie Perrin like my ex-boss? 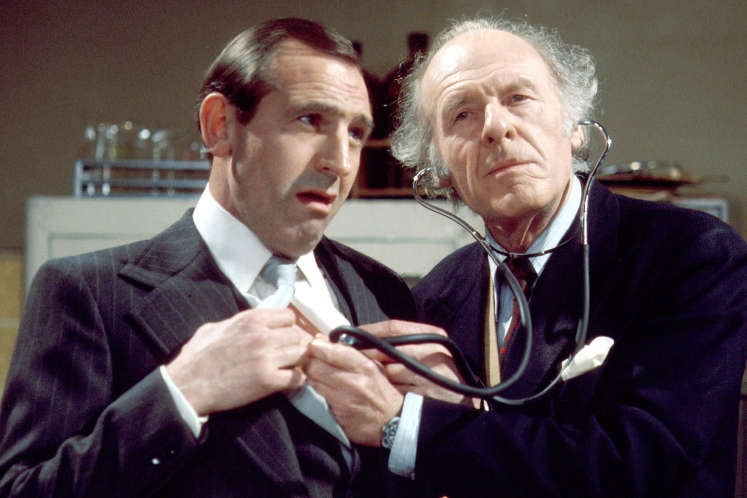 THE recent ceremonies marking the 10th anniversary of the July 7 London bomb attacks brought back both good and bad memories of the atrocity that destroyed lives and families. Stories about acts of selfless heroism performed by emergency workers and members of the public alike.
My cousin was in London that day for an interview, staying at a Russell Square hotel, and I knew she’d be on a train or at the station or catching a bus at nearby Tavistock Square.
It was a frantic few hours waiting for news, but once that relief was there, my mind turned to sheer, bloody-minded anger which, frankly, hasn’t really stopped. Fortunately for us, the outcome was good. But I’ll always feel for those for whom it wasn’t.
I’d been in the vicinity of quite a few IRA London bombings in the 90s myself, so reading again about the stoical calm of Londoners on 7/7 filled me with pride – until I came across another story that reminded me of the unpleasant things that terror brings in its wake: Britain can’t deport an al-Qaeda preacher who praised 7/7 – and is linked to the Tunisian beach killings.
Other stories not infrequently linked to times of turmoil involve those who, for whatever reason (financial/family/personal) disappear and resurface with a new identity.
My psychological suspense thriller, Soul Stealer, tells the story of one such identity change during 7/7. And the chilling, life-changing consequences for those left behind searching for the truth behind subterfuge and murder.
Based on my own journalistic experiences, Soul Stealer not only delves into the secretive, shadowy world of identity theft, betrayal and revenge but also mirrors real-life events. Years ago, I worked for David Elias, an internationally successful businessman, and attended lavish parties on his private yacht (papped and ending up in Tatler!). I later learned he’d died in the Far East. I felt sad but, that was that – or, so I thought.
Next I read the Serious Fraud Office was investigating after reports of his Reggie-Perrin-style ‘death’ might be ‘premature’ following ‘inconsistencies’ in the death certificate. It’s also claimed by creditors (he allegedly owes £100m) he’s undergone cosmetic surgery to re-invent himself: a new identity in a new life wherever that may be. (And no, CrimeStoppers, I’ve no idea where he is either!)