Liabilities of the city hall 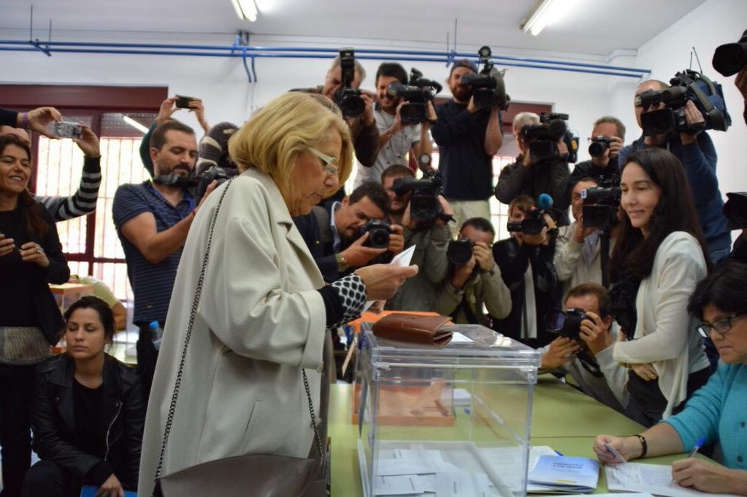 SPAIN’S president Mariano Rajoy still reminds voters about the situation he inherited from his socialist predecessor Jose Luis Rodriguez Zapatero.
No-one would deny that the economy was in a bad way, but Rajoy also inherited the problem of regional governments in Partido Popular hands that spent money as though it was going out of fashion during Zapatero’s two terms.
Spain now faces a €19 million fine from Brussels because the Valencian Community cooked its books and lied about its deficit. That’s one sin which can’t be laid at Zapatero’s door.

THE integrity and values of Madrid’s mayor, judge emeritus Manuela Carmena who does not belong to any party, are not in doubt.
Sadly, the same cannot be said of some of her councillors. Guillermo Zapata got the boot as Culture councillor almost immediately after taking office, thanks to tasteless and unfunny jokes he once sent on Twitter.
Now Finance councillor Carlos Sanchez has done city hall another disservice with hints about a tourist tax and a levy on cash dispensers. “All a misunderstanding!” Carmena had to make clear the following day.
With minions like that the mayor hardly needs constant criticism from the PP opposition party to undermine her efforts: her own collaborators are doing it for her.

Arch problem
MADRID’S city council is also getting its municipal knickers in a twist over vestiges of the Franco regime. The corporation’s sights are set on the city’s Victory Arch, built in the 50’s. Its origins are distasteful for many, but few young people know its history or have read its Latin inscription.
This also begs the question
of how city hall would get rid of it. Do they plan to blow it up the way the Taliban got rid of the Bamiyan Buddhas?

Not ideal
THE Partido Popular has revamped its logo but with little success. In the past the party’s seagull symbol was flying free but now it’s caged and restricted inside a circle. Not the most encouraging of images.