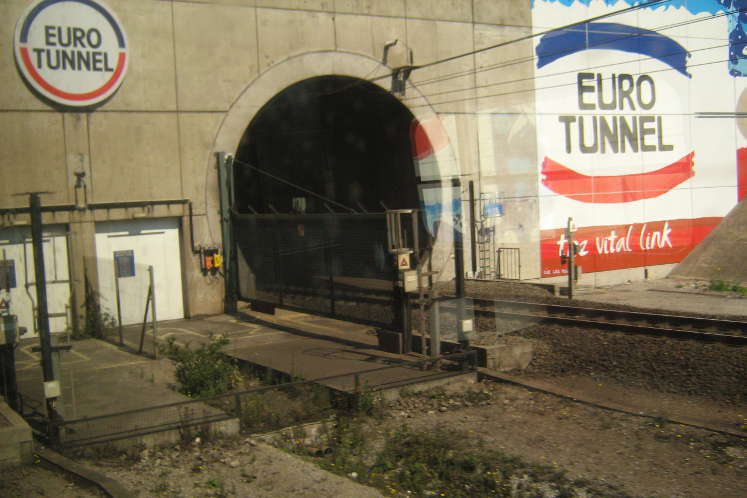 A MAN has died as more than 1,500 migrants stormed the Channel Tunnel in Calais on Tuesday, July 28. The man, believed to be between 25-30, was apparently hit by a truck. The Sudanese migrant was the ninth person to have died at the Calais terminal this summer.
Channel Tunnel operators, Eurotunnel, have said that migrants attempt to enter the tunnel in large numbers almost every night, pointing out that on Monday July 27 as many as 2,000 migrants had tried to gain access. A spokesman from the company reiterated that it was the responsibility of the British government to resolve the crisis and stem the flow of migrants from Calais, saying that the UK authorities seem unable to cope with it.
Prime Minister David Cameron has described the situation as “very concerning” and says the UK will do everything possible to solve the crisis, whilst working closely with the French authorities. Earlier in July, the British government announced that they were making £7 million (€9.89 million) of funding available for the construction of 1.2 miles of new fencing at the terminal, and the work is due to be finished this week.
Mr Cameron, who is currently in Singapore, told the BBC that the government´s emergency committee Cobra would later hold a meeting chaired by Home Secretary Theresa May to discuss possible solutions.
The Home Secretary met with the French Home Minister, Bernard Cazenueve on Tuesday July 28 for talks on the issue and insisted that France was working closely with the UK government and had pledged extra resources for security at Calais.
The recent incursions by migrants has also caused disruptions to passengers using Eurotunnel trains with delays of up to an hour on UK soil and 30 minutes on the French side.
Lorry drivers have also been affected with long delays due to Kent Police’s reintroduction of Operation Stack, in which a section of the M20 near the tunnel is used as a giant lorry park for drivers waiting to cross to France.