You’re Back In The Room will be back on TV, as it’s renewed for second series 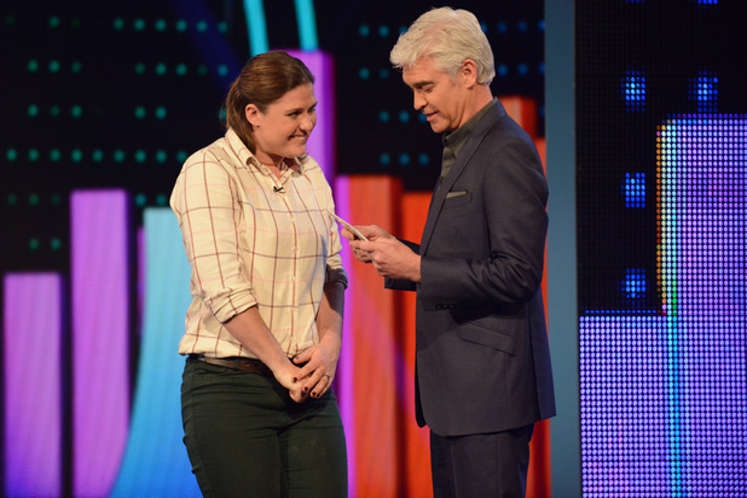 BACK IN THE ROOM: Hosted by Phillip Schofield.

MORE members of the public are about to be hypnotised to do stupid things on primetime television, because You’re Back In The Room has been renewed for a second series by ITV.
The channel announced this week that they have ordered four more episodes of the show, which is hosted by Phillip Schofield. In each instalment, five strangers have to complete what seem like simple games – except hypnotist Keith Barry has put them under and will make them self-sabotage as they attempt to win a cash prize. “I’m incredibly excited to be back with a second series,” Schofield said. “I don’t think anything could have prepared me for the genuinely hilarious and completely unexpected moments that happened in the first series.
“Each of the contestants was thoroughly entertaining, and I can’t wait to see what happens this time around!” The first series of You’re Back In The Room, which aired in March, picked up an average of 4m viewers a week and reached nearly 800,000 viewers in Ireland, where it was simulcast on TV3.
Nick Robinson is used to hitting politicians with tough questions, but his next interview will be a much friendlier encounter. The BBC’s political editor will speak to Sir Alex Ferguson for a one-off special about the Manchester United legend on BBC One later this year. Robinson is a lifelong United fan and even named Ferguson the “greatest living Briton” during his analysis of the Queen’s speech on the Today programme. Provisionally titled, Sir Alex Ferguson, Secrets of Success, Robinson will discuss Ferguson”s career and triumphs in the documentary.
The pair will get ‘up close and personal’ as Ferguson chats about his leadership techniques, having retired from football in 2013. Robinson said: “I’ve spent my career watching and analysing leaders for a living but I never saw one to match Sir Alex.”
If you would like me to answer any questions you may have on satellite TV or to expand on anything I have written about please call me on 678 332 815 or email [email protected]
I look forward to your comments and questions.  Don’t forget to listen to my radio show every weekday from 10am on Spectrum 96.1 & 106.8FM, now covering almost 3000sq kms of Costa Almeria and Calida or listen online at costaalmeria.spectrumfm.net for the latest news and views from the world of satellite television.