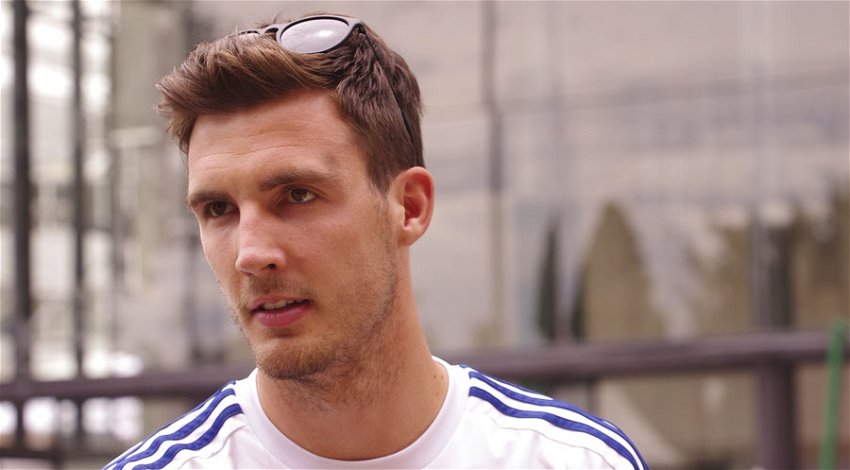 The top Championship games on the opening day are Brentford versus Ipswich Town (both lost in the play-offs last season) and Charlton Athletic against demoted QPR.

On Thursday evening we have the third round, second leg qualifying games in the Europa League, including Aberdeen-Kairat (currently at 1-2), Astra-West Ham (2-2), Inter Baku-At. Bilbao (0-2) and Vitesse Arnhem-Southampton (0-3), and on Wednesday Celtic (1-0 up) are hoping to make progress in the Champions League v Qarabag in Azerbaijan.

For manager Arsene Wenger, starting his 20th season in charge at The Emirates, it was his first win over José Mourinho and for Arsenal it was their first victory over Chelsea for four years.

North of the border, reigning SPL champions Celtic got off to a winning start by beating Ross County while Brora Rangers walloped Rothes 11-0 in the Highland League, thus equalling the club’s biggest-ever win

CRICKET – Jimmy Anderson (6-47) and then ‘Man of the Match’ Steve ‘The Flying’ Finn (6-79) helped England to a resounding eight wicket victory in the third Ashes Test at Edgbaston last week. Australia were dismissed for 136 and 265 while England replied with 281 and 124-2, Ian Bell scoring 53 and 65 not out. The fourth Test starts on Thursday at Trent Bridge and England, 2-1 up in the five-match series, will be without the injured Anderson.

ATHLETICS – The World Anti-Doping Agency is ‘very alarmed’ after fresh allegations of suspected doping emerge in a leak of test data. It is believed that at least ten medal-winning athletes at the 2012 London Olympics have shown dubious discrepancies in their blood.

RUGBY LEAGUE – This season’s Challenge Cup Final, to be held at Wembley Stadium on the 29th of this month, will feature Hull KR against Leeds Rhinos. In the semis, Hull eliminated Warrington Wolves while the Rhinos ousted St Helens.

EVENTS – The World Netball Championships start on Friday in Australia… The World Badminton Championships take place in Jakarta, Indonesia from the 10-16 August… The all-Spanish UEFA Super Cup between Barcelona and Sevilla will be played in Tbilisi, Georgia on August 11… The first women’s Ashes Test between England and Australia starts in Canterbury next Tuesday morning… and the European Equestrian Championships are being held in Aachen, Germany from 11-23 August.

Leeds United’s midfielder Mick Bates was the first player to be sent off TWICE in the same European competition – dismissed against Partizan Belgrade in the Fairs Cup in November 1967 and against Dinamo Bucharest in November 1970.

CHARITY QUIZ… And finally, I have a one-hour afternoon general knowledge charity quiz at Ali’s Chili Bar in Turre, Almeria next Thursday: 4pm.