Hiroshima marks 70 years since atomic bomb with calls for peace 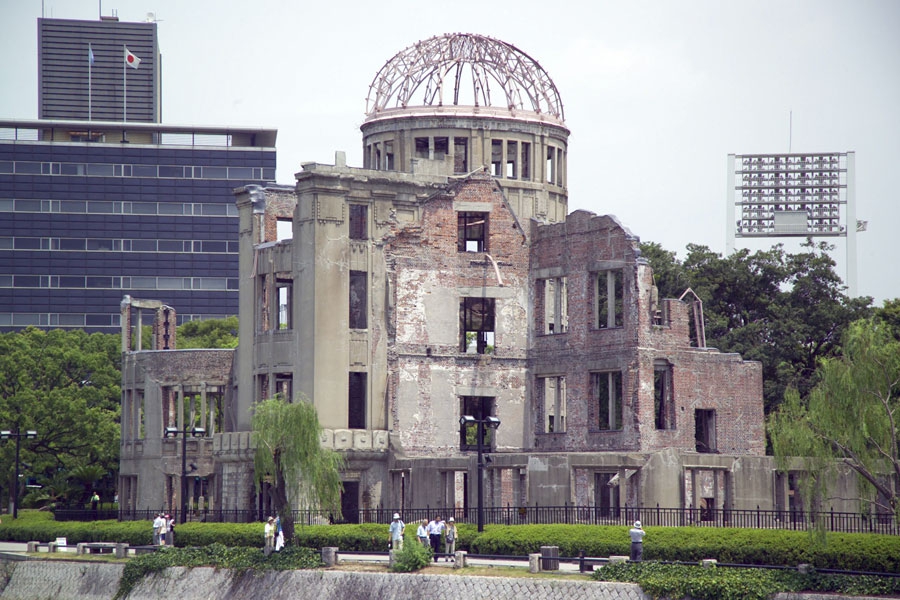 JAPAN stood still on Thursday morning (August 6) to remember the 80,000 people who died the instant the atomic bomb landed on Hiroshima, 70 years ago.

At the site of the bombing, now a memorial peace park, Japan’s leaders joined around 40,000 local people to pay tribute to the dead, which in the months following the explosion amounted to an estimated 140,000. Countless victims from later generations are believed to have died as a result of birth defects and diseases they inherited due to the effects of radiation.

Alongside time spent in silence, just the toll of a solitary temple bell to mark the point at 8.15am, local time, when the American bomber Enola Gay dropped ‘Little Boy’ and unleashed hell in the city, there were some speeches.

The country’s prime minister, Shinzo Abe, reinforced Japan’s role, as the only country on Earth to have experienced the effect of a nuclear bomb targeted at its people in warfare, to continue to campaign for nuclear disarmament. He added that Japan would table disarmament for discussion at the United Nations general assembly in the autumn, and at G7 meetings next year, one of which will be held in Hiroshima.

With the US ambassador to Japan present for the ceremony, the city’s mayor, Kazumi Matsui, called on Barack Obama to fulfil a promise he made in 2009 to work for the abolition of nuclear weapons, weapons which Matsui called “absolute evil”.

“President Obama and other policymakers, please come to the A-bombed cities, hear the survivors with your own ears, and encounter the reality of the atomic bombings,” he said. “You will be impelled to start discussing a legal framework, including a nuclear weapons convention.”

Matsui also had strong words for his conservative prime minister, who has recently raised the possibility of Japan amending its post-war, pacifist constitution in a such a way that it could send troops to join allied military campaigns overseas. The mayor insisted that “the pacifism of the Japanese constitution” must be retained.

United Nations general secretary Ban Ki-moon sent his greetings to the ceremony, telling the people of Hiroshima: “This vibrant city is proof of the resilience of its people and a monument to the indomitable spirit of humanity.

You are an inspiration to the world, which has a responsibility to honour your experience by ensuring a world free of nuclear weapons.”