Broad, Root and Stokes reduce the Aussies to Ashes and Arsenal are Hammered 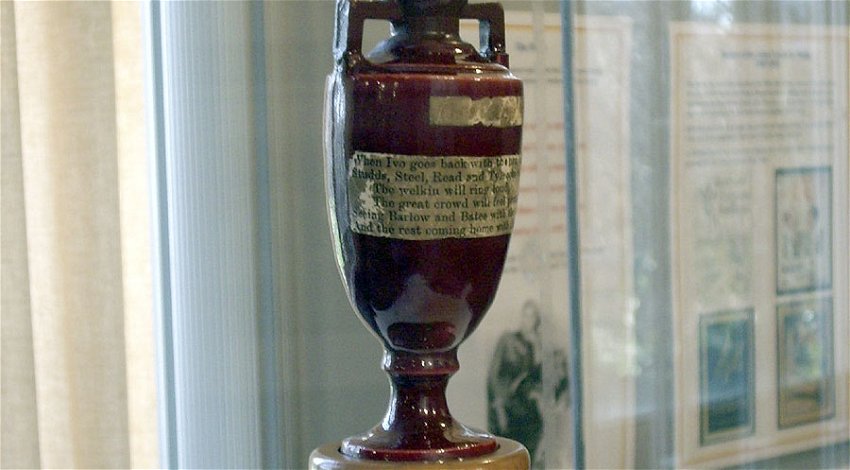 CRICKET – Last weekend England (391-9 declared) regained the Ashes in style by thumping Australia (60 and 253) by an innings and 78 runs in the fourth Test at Trent Bridge.

Stuart Broad (8-15), the world’s top batsman Joe Root (130) and then Ben Stokes (6-36) pulverised the Aussies who were bowled out in their first innings before lunch on the opening day, in 18.3 overs in 95 minutes – the second shortest Test innings of all-time with extras top-scoring! Three of their first four batsmen got ducks and it was the first time both openers had been dismissed for nought since 1950. In fact, Broad’s magical bowling saw him snap up more wickets before lunch on day one than any other bowler and the first since Sidney Barnes for England v South Africa in 1913, to take five (he eventually got eight).

Broad also captured his 300th Test wicket and has now passed Fred Trueman’s tally of 307. Only Jimmy Anderson, Ian Botham and Bob Willis are ahead of him in England’s history. This victory at Nottingham came 599 days after England had suffered a 5-0 white-wash down under. And the game itself was over in two days, 40 minutes – one of the shortest Test matches ever.

The final Test starts at The Oval on Thursday August 20.

FOOTBALL – At the start of the new PL season, there were wins for Aston Villa (1-0 at newcomers Bournemouth), Crystal Palace (3-1 at Norwich), Leicester (4-2 v Sunderland), Liverpool (a 1-0 redemption victory at Stoke where they lost 6-1 last season), Manchester United (1-0 v Spurs) and West Ham (surprisingly by 2-0 at Arsenal). The games between ten-man and reigning champions Chelsea and Swansea, Everton and Watford and Newcastle and Southampton ended in 2-2 draws. WBA were beaten 0-3 by Manchester City on Monday.

The top PL matches over the next weekend are Villa-Manchester United (Friday), Manchester City-Chelsea (Sunday) and Liverpool-Bournemouth (Monday)… all live on various TV channels.

*Managers Jose Mourinho has signed a new four-year contract with Chelsea and Manuel Pellegrini an extended two-year one with Manchester City.

SWIMMING/DIVING – In the world championships in Russia, GB’s Adam Peaty became the first man to complete the 50m and 100m breast-stroke double; he also won gold in the individual medley.

Bahrain’s Alzain Tareq became the youngest-ever swimmer to compete at this level; she was 10 years of age when entering the women’s 50m butterfly event.

And GB collected a record nine medals at the Championships (five gold, one silver, three bronze).

RUGBY UNION – For the first time ever Argentina have beaten South Africa in a Championship game! The Pumas won 35-27 in Durban last weekend.

HORSE RACING – Last Saturday, a trio of female jockeys – Emma-Jayne Wilson, Sammy Jo Bell and Hayley Turner – won three of the six races against their male counterparts to claim the Shergar Cup at Ascot. Bell, with a 55-1 double, collected the Alistair Haggis Silver Saddle for top rider. This annual event was first run in 1999.

Manchester United manager Matt Busby signed Tommy Taylor from Barnsley in 1953 for £29,999. He gave the other £1 to the tea-lady as he did not want Taylor to become the first £30,000 footballer.