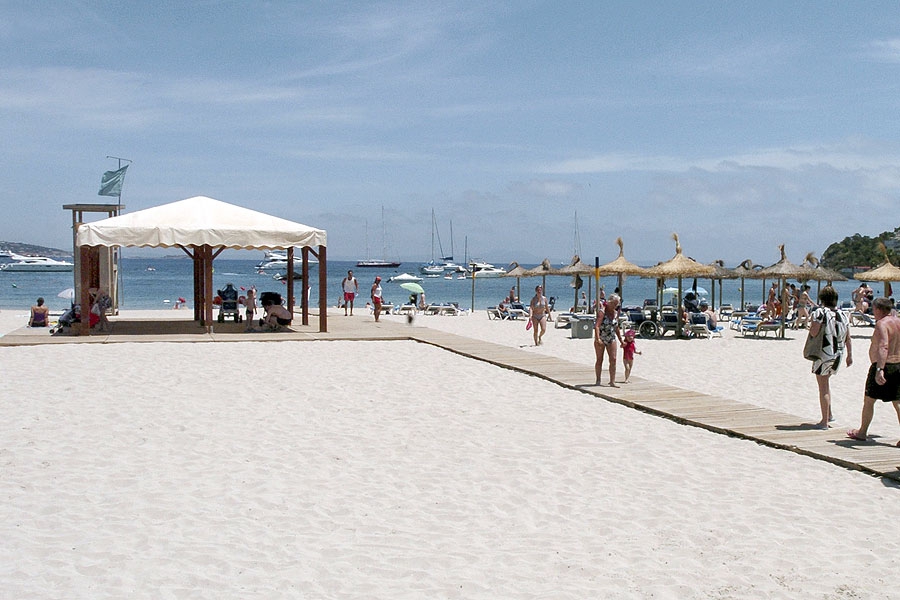 FOLLOWING a letter from a reader Euro Weekly News spoke to Calvia Town Hall regarding the state of local beaches.

A Swedish former resident of Palma who was visiting his parents in Cala Vinyes as he does every year reported that he was shocked at the amount of rubbish there was in the sea and on the shore there and in Magaluf. He saw local residents having to clear the waste themselves during the two weeks he was in the area because, he said, of the “lack of initiative” on the part of the town hall. He added that he felt ashamed, as well as sorry for locals and holidaymakers who visit the area.

A spokesperson for Calvia Town Hall told EWN that contract-holders for businesses on the local beaches were in charge of cleaning the sand, which must be done with machinery every so often.

The spokeswoman said that rubbish appears in the sea and on the shore every so often, mainly from boats in the area or washed in from other coastlines by southerly currents. When this occurs, the regional government, which is in charge of cleaning the seawater with boats, is alerted immediately.

Calvia Civil Protection volunteers help to clean items from the water, as confirmed by our reader.

Calvia is a town which depends mainly on tourism and the different departments of the council are said to be working constantly to keep the sea and beaches clean and maintain the services available, so that both residents and visitors can enjoy the coastline, the spokeswoman told us.

The 33 cleaning boats operated by the Environmental Council reportedly collected 27.2 tonnes of waste from the sea along the coasts of the Balearic Islands in July.

The General Director of Environmental Education, Quality and Waste, Sebastia Sanso, reported that around 876 kilos per day was collected, when the average last year was 600 kilos per day.

Most of the waste was collected in Mallorca, with 16,739 kilos. Most of the rubbish was plastic (51.7 per cent), followed by wood and seaweed. Sanso explained that there was more waste this year because of warm winds blowing it to the coast, and temperatures causing sunken plastic waste to float to the surface. Cleaning will continue until the end of September.

This week, Manacor Town Hall had to close Cala Antena beach due to the proximity of a waste spillage from the sewerage plant. The lifeguard alerted Local Police to the presence of the waste near the coast. The police confirmed that machinery had broken down, leading to the spillage. The waste was not toxic and posed no health risk but the beach was closed to prevent any inconvenience to beachgoers and the red flag was raised. The beach was later cleaned and reopened.

In Sant Elm, Andratx, residents and tourists have complained that once again, the water is green and full of waste, which is causing bad smells. They complain that this happens every year and no-one has solved the problem which is reportedly caused by pipes from the sewerage plant. Many tourists are deciding to go elsewhere and residents in the area say that the town hall is “not interested”.