EUthenasia as they cannot cope 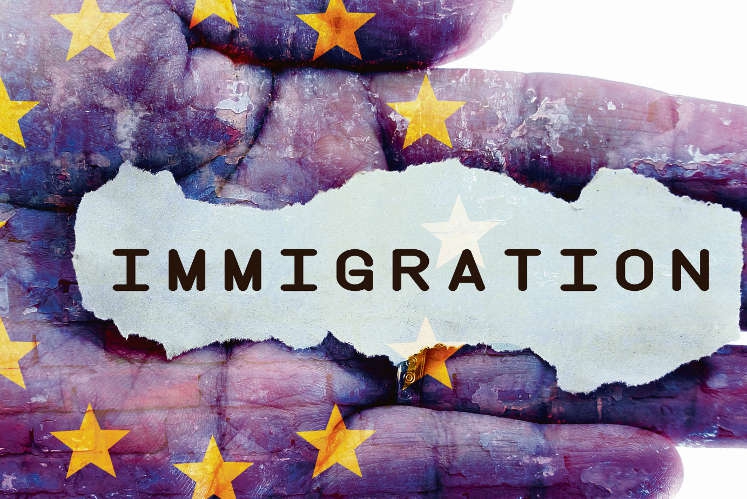 DURING 2014, 170,000 Mediterranean boat people were rescued, 3,500 died. How do they know what the true figure is? Who knows how many made it to Europe without detection? This stretch of the Mediterranean was effectively policed by Gaddafi’s Libya before he was overthrown by NATO West.
It is not just the Mediterranean that is porous; the EU is open borders because there aren’t the resources or the will to deal with the biggest shift in rootless refugees since World War Two.
Eastern European nations, some overwhelmed by poverty and unemployment, simply don’t have the resources to deal with the crisis. This is an EU that cannot feed its own starving, elderly and unemployed. Wait until they are shoved to the back of the queue to provide for so-called refugees.
Ukraine is hastily fortifying its Russian frontiers. This isn’t to stop the Russians from invading; razor wire doesn’t stop armies. It is to prevent desperate Ukrainians fleeing to Russia. Mainstream media and Washington trolls tell us Russia is invading Ukraine. It seems to me that with 1,400,000 Ukrainians seeking a better life in Russia it is the Russians who are being invaded.
Ukraine is larger than Spain; its population of 46 million roughly the same. This Central European nation, once the bread basket of Europe, Europe’s most fertile nation, now bankrupt begs for loans, the basics of life.
Ukraine has six Western European borders. Only through stability and equal prosperity is it possible to contain peoples in their own lands. Install in Ukraine an unpopular Washington EU backed regime, ensuing Civil War and grinding poverty and its borders cannot be sealed.
What then for Europe when border controls at these six frontiers no longer deal with a polite queue of tourists?   Try being a border control officer when every day you see coming towards you 10,000 desperate Ukrainian refugees.
Is this unlikely? Ask Russia. Next question, what if Russia and Belarus say enough is enough and slam the door? EU, you asked for this.