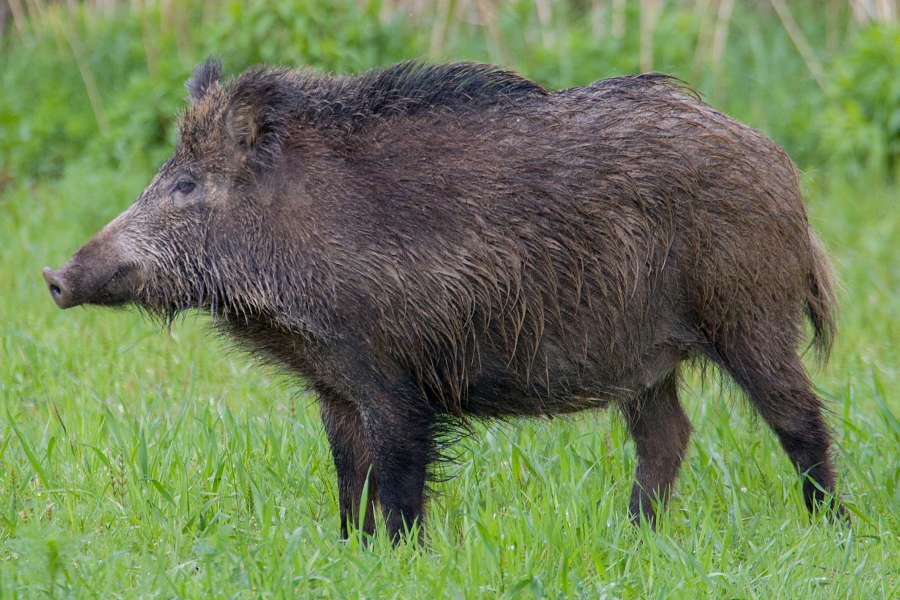 WILD BOAR: My neighbour farmer has one as a pet.

A CLOAK of tension still hung heavy in the air. The remarkable lightening storm the night before left the air still electronically charged and as no one had any sleep, all were exhausted.

The dogs crept out from their kennels but within minutes started barking relentlessly. I poked my head outside and caught a glimpse of the shadow of a wild boar rutting just below our pool terrace. I blinked twice and rubbed the sand from my eyes. I guesstimated it weighed 160 kilos.

I waited a good 40 minutes for it to go away, but he didn’t. So, I made a dash from the house to my car, hoping I wouldn’t get caught. I made it to the car and sighed an uneven palpitating groan. But, before I had gone 20 metres it appeared again and threatened the car, head on. I revved my engine, honked my horn and nudged closer to him. The bristles on its back came up as it whirled around to face me. I proceeded slowly towards it as though I too was an aggressive animal.

I flashed my lights at it and that must have awoken the beast that I was a bigger and more ferocious animal that honked and growled. Then it wheeled about and ran back down the road at a gallop. I followed at a safe distance. I thought it strange that it didn’t panic and dash for freedom to either side of the camino but deliberately stayed in the middle of the road as if accustomed.

When I got near the bottom my heart skipped a beat, there in front of me was a neighbour farmer with a bucket collecting snails. A national pastime that farmers do following a deluge, collecting snails. I stopped the car, opened the door and screamed, “Danger, danger, there is a wild boar coming down the road. It will kill you.”

But he smirked at me and without seeing the wild pig carried on ascending. I knew he would meet a certain death when the animal saw him.

When he got about 20 feet from the pig he did the most incredible thing. He dropped to his knees and put the bucket in front of him. I certainly couldn’t surmise what protection that would give against the pig.

I squinted my eyes, pretending they were shut, but I had to witness the carnage. The boar charged directly at Zamora and skidded to a stop, stuck its head in the bucket and started eating. It obviously was a pet.

Sr. Zamora was so happy I had found his pig!