Euro makes gains on the back of stock market wobbles 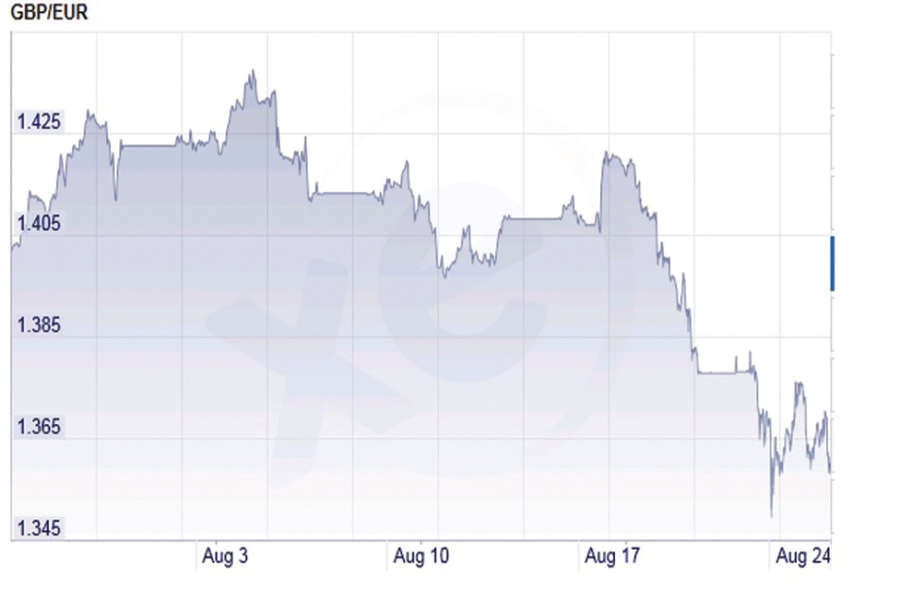 RALLY: Fallout in equities has supported the Euro in the latter half of August.

IT has been a game of two halves for the Great British Pound (GBP) versus the Euro in August. GBP started the month sitting nicely at 1.40 and on the back of positive UK inflation feedback GBP managed to squeeze higher to 1.43.
At the time, the thought process was that higher inflation would shorten the time-span to a UK interest rate rise. The Pound rallied and the Euro was pushed lower. In addition there was expectation that the US would look to raise interest rates this year and that this could be as soon as September. This allowed USD strength against the Euro and in turn helped the Pound to maintain good levels against the Euro.

Fast forward to the 26th August and the Pound was down 4 per cent from the highs of the month. So what happened? The move is directly related to the bloodbath in Chinese equity markets which has in turn tripped into global equity and FX markets. The People’s Bank of China has responded to the sharp sell-off in equities and the weaker growth feedback by cutting interest rates and weakening the value of the CNY. Whether this sell-off will stabilise or catalyse is a key question.

For FX markets the response has been to buy the Euro and the Japanese Yen on any fallout in equities and this has supported the Euro rally in the latter half of August. Feedback from Germany was positive with GDP rising and the IFO survey posting a good reading. In particular the Euro has rallied against the USD and this is due to a much lower chance that the Federal Reserve will move on interest rates in the near term given the fallout from China. The Euro has rallied a massive six cents against the USD in the latter half of August.

So what can we expect moving forward? Well, the situation in China is far from clear and all eyes will be on the People’s Bank and its ability to stabilise the markets. A further sell-off could help the Euro, whereas a recovery from the lows should see the Euro shed some of its gains. Looking outside of the stock market turmoil and focusing on the central banks we are likely to see the US delay a rate hike until next year and similarly the UK may also delay their lift-off. This should favour the Euro in the short term.