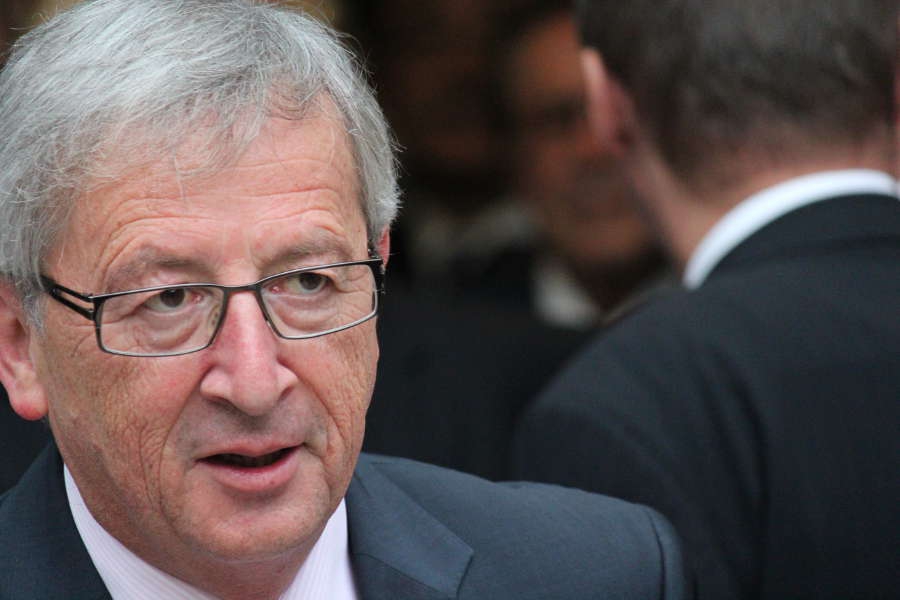 JEAN-CLAUDE JUNCKER: You don’t want to see his CV.

MOST are familiar with Hans Christian Andersen’s The Emperor’s New Clothes. Fooled by a couple of deceitful tailors, the emperor was tricked into believing their raiment so fine it appeared to be invisible. The townsfolk fell for the hoax. When their naked emperor appeared they dutifully applauded his new ‘robes’.

It is best not to smile. We are as trusting. People don’t want the truth because they don’t want their delusions destroyed. They are about to be anyway. I believe the European Union is in a state of disunion. The unelected EU Commission President is Jean-Claude Juncker. You really do not want to see this imposter’s CV; turn away, close your eyes. The same goes for the unelected Commission Vice-President Jyrki Katainen.

Like the artful tailors, these two artful dodgers learned the secrets of alchemy and turn anything into gold. Juncker has a track record as a tax swindler. Forced to resign his 18-year-long tenure as Prime Minister of the Lilliputian State of Luxemburg he was pursued on fraud charges. He milked national economies by creating offshore tax benefits for over 200 multinational conglomerates. His apparent accomplice, Jyrki Katainen, is Finland’s former Prime Minister and Minister of Finance. An accomplished chef he is likely to be best remembered for cooking the books.

After destroying Finland’s economy, he was driven out of town by the electorate. No problem, he was appointed EU Minister of Finance.

Their formula for a successful economy works like this: €1goes in and €15 comes out. The EU investment plan is to create from thin air an €8 billion guarantee which then becomes €21 billion in money. This is multiplied 15-fold. Good, we are all rich. Don’t try this at home.

Mr Juncker never denied that compromises and deals worked out in EU meetings need be protected from public scrutiny, by lies if necessary. “When it becomes serious, you have to lie,” he said.